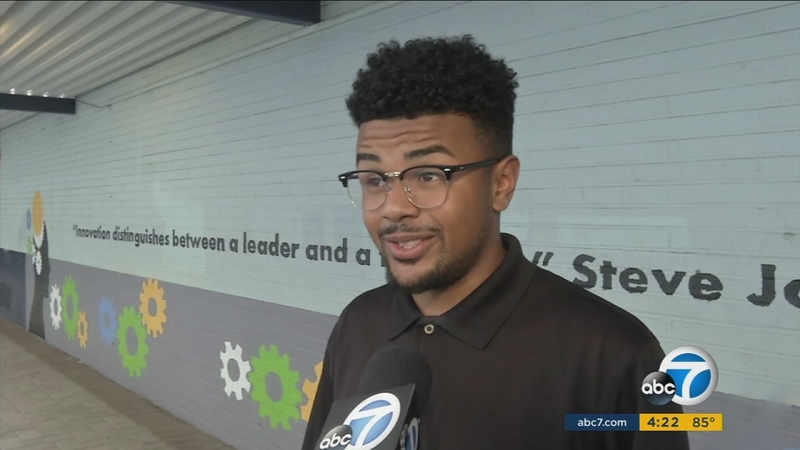 WATTS, LOS ANGELES (KABC) -- Our ABC7 Cool Kid for Thursday, Nov. 10, is Joshua Jones, who said his neighborhood, Watts, has inspired him to do more for his community.

"Many people view Watts in this bad limelight, but I don't see that. I see something different," he said.

The 16-year-old high school senior not only maintains a 4.1 GPA, he also spends whatever free time he has volunteering in his community. The last weekend he was part of a group that helped Councilman Joe Buscaino open the first community garden in Watts.

"We've been working on it for three years now and it's amazing to see it go from a dirty lot to a beautiful garden," Jones said.

Jones is also part of his dad's East Side Riders Bike Club. In addition to all of those activities, Jones has some unique skills. He's trained with FEMA and is part of the South Los Angeles Teen Community Emergency Response Team.

It is that work that earned Jones recognition and a trip to Washington D.C.

"I got to see so many different monuments. I got to go see elected officials. I got to tour the White House and see all the officers, the Oval Office itself," he said.

Jones' father said he knew he son had a helping heart when he was just 10 years old. He asked his son if he thought they were rich. His son responded with a yes and said they were rich because how they treat people and give back.

When asked about the secret to raising a good kid, John Jones said to listen to what they have to say.

Joshua Jones graduates from high school next spring and plans to attend Otis College to become a graphic designer.