Corinthian Colleges students must forgo credits to have loans discharged

WASHINGTON -- A top education official said Wednesday that the 16,000 former Corinthian Colleges students who saw their campuses abruptly close this week will automatically have their federal student loans discharged - but only if they agree to forgo any credits they earned at the schools.

Ted Mitchell, Education Department undersecretary, said the department is bound by statute and regulation on how it handles such a case when a student's school closes.

"You can have the credits you paid for or you can relinquish the credits if you want the money back .... Students can have one or the other, but not both," Mitchell told The Associated Press.

Corinthian, a large chain of for-profit colleges that nearly collapsed last summer amid fraud allegations, shuttered its 28 remaining ground campuses this week, about two weeks after the Education Department announced it was fining it $30 million for misrepresentation.

The closures left students at campuses in California and a few other states struggling to decide whether to have the credits they've already earned transferred to another school or to try to get their federal loans forgiven. Already, some other for-profit schools have sought to recruit these students, and Sen. Dick Durbin, D-Ill., has criticized the department for making a list of areas schools available that included some for-profit schools that face investigations.

If all the thousands of students file a claim related to the closures, the cost to taxpayers would be about $215 million, Mitchell said.

Ultimately, though the potential cost to taxpayers related to the collapse of Corinthian could reach the billions. Many former students have filed "defense to repayment" claims with the department, using a previously little- known part of the law that allows students to have their loans forgiven if they were the victim of fraud.

That's the path being taken by a group of former Corinthian students, who have gone on a student loan strike and say they will not repay the debt. Many of these students attended a Corinthian school years earlier or studied on campuses that were sold instead of closed. As a result, they don't qualify for student loan relief under the federal closed-school provisions.

They say they feel like the degree they earned is worthless, and the Education Department should have done a better job protecting them.

"We want to make sure that borrowers who can successfully make their claims get their discharge," Mitchell said.

Mitchell said the department won't make value judgments on other schools as it seeks to help the former Corinthian students make new arrangements. It provided the students with a list of other programs, including community colleges, within a 25-mile radius that had similar programs. He said the California community college system has also stepped in to offer assistance, which the department has encouraged.

"From the beginning, we have done everything that we have done with students foremost in our minds and students' ability to pursue a high quality education that helps them move on in their lives academically and economically," Mitchell said.

In a blog post, Noah Black, vice president of public affairs for the Association of Private Sector Colleges and Universities, said the idea that the former Corinthian students affected by closures this week should give up their credits they've earned "reflects a separation from reality."

"To start back at zero is an insult to their hard work and shows a lack of understanding of the opportunity cost borne by these students, many of whom are working, raising a family, and going to school," Black said.

At one time, Corinthian, based in Santa Ana, California, was one of the country's largest for-profit chains, operating Everest College, HealdCollege and WyoTech, online and physical campuses. About 72,000 students attended last summer.

The Education Department has said Corinthian failed to provide adequate paperwork and comply with requests to address concerns about company practices, including allegations of falsifying job placement data in marketing and altering grades and attendance records. The schools also faced action by attorneys general in several states. 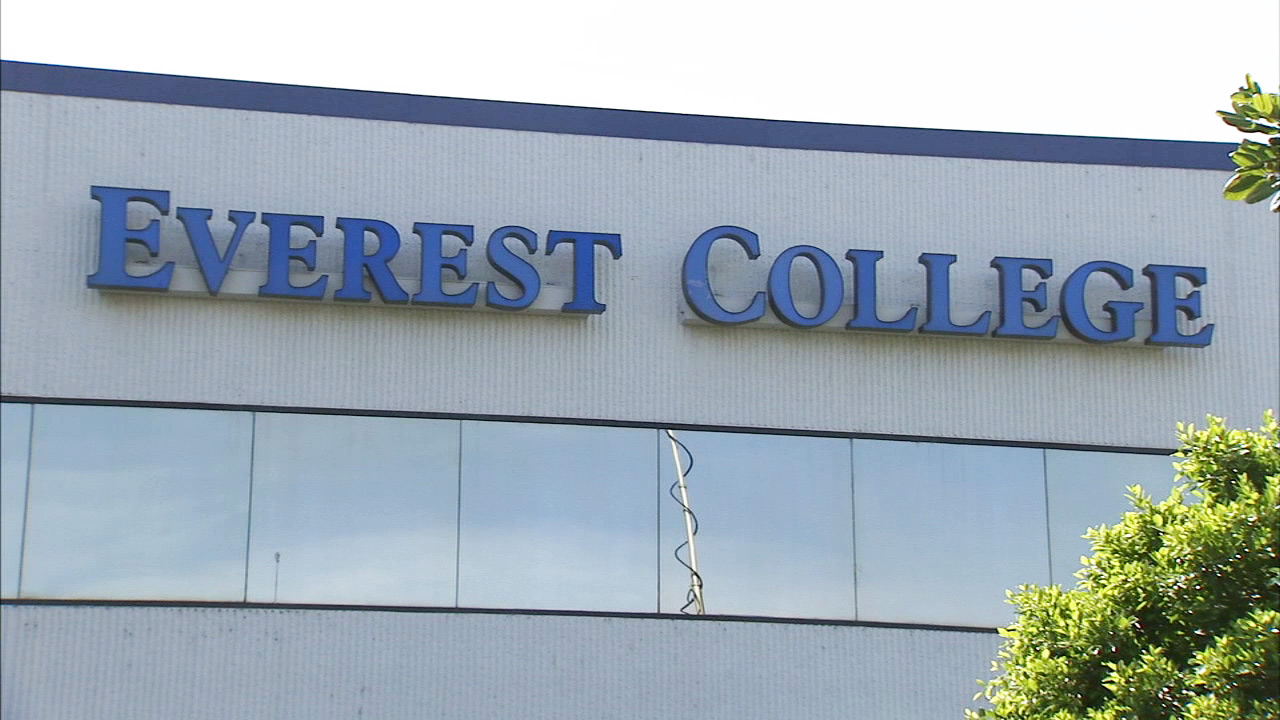 Corinthian Colleges shuts all 28 remaining campuses, including 23 in California