Anaheim private high school to shut down next summer unless it raises $1.1 million 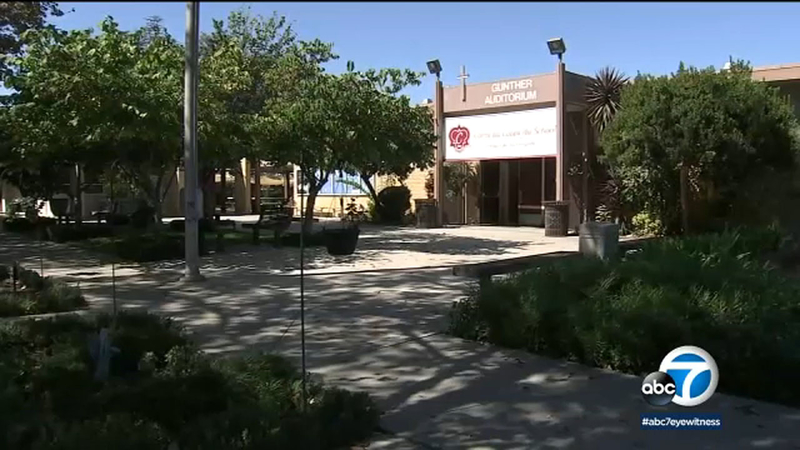 Anaheim high school to shut down unless it raises $1.1 million

ANAHEIM, Calif. (KABC) -- Students at Cornelia Connelly High School in Anaheim are facing uncertainty after learning that the campus would be closing.

The school's Board of Trustees voted Thursday to close the campus next summer "due to years of structural deficit" unless it can raise $1.1 million by the end of the year.

As of Tuesday, 124 students were enrolled in the all-girls, nonprofit school which was established in 1961.

Many students and their parents are rallying to do whatever necessary to keep its doors from closing.

"We have such a strong community of people and we know that this school is not going down without a fight," said Nina Menzagopian, a junior at the school.

This is not an isolated case. The number of religious private schools in Southern California has declined by 2% each year since 2013, according to the California Department of Education.

Though Jessica Ortiz is a senior preparing for graduation, she wants CCS around for those coming after her, especially her sister who is a freshman.

"She's been so excited for the last years to come here and I don't want her to lose this. This school has provided me with so many opportunities. I have so many little sisters now," Ortiz said.

Ortiz said the lessons she learned here were only possible thanks to the financial aid she secured.

Nearly two-thirds of students at the school benefited from monetary assistance, according to school staff, but all were empowered.

"In my old school, I was severely bullied and that was hard on me and I just wanted a place where I could have a family and somewhere where I don't have to be afraid to tell anyone who I am. I could be myself," said Brooke Medina, sophomore class president.