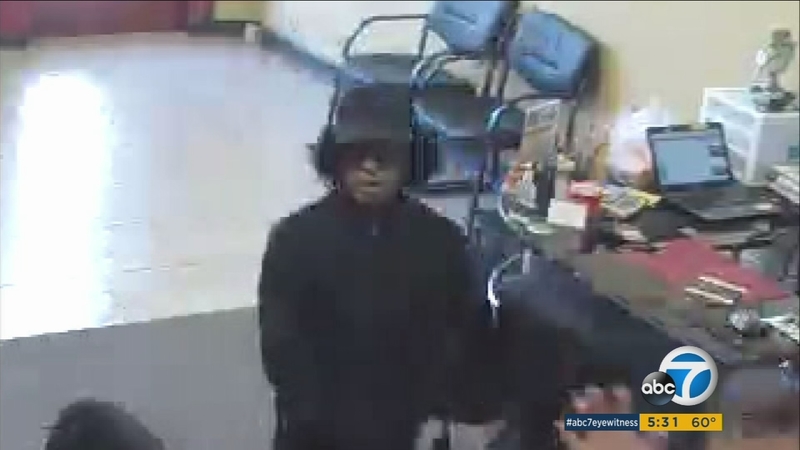 CORONA, Calif. (KABC) -- A store clerk talked about the harrowing ordeal she went through when an armed suspect robbed a store in Corona.

Cesar Meyer, the owner of Crown Gold Exchange, said he believes the suspect may be responsible for two other robberies.

The store clerk said the suspect was wearing a wig and sunglasses, then showed her a gun. She said she froze and wanted him to leave, but as her heart raced she said she wanted to get the situation over with quickly.

"He walked into the store, and I could tell something was weird about him," she said.

In surveillance video, she is shown taking him to the back room to give him the cash. A day later, she said she is still scared, but she's not the only one.

"A lot of employees are a lot more cautious, a lot more afraid. Some of them have already quit because they don't feel safe," Meyer said.

Meyer said another surveillance video he has is from three days before the Corona robbery, and this one happened in Chino. He believes it's the same person.

Also, a Hemet store was robbed on Oct. 14. Luckily, no one was hurt, especially since the robbers typically leave the store a little frustrated.

Meyer wants people to look at the surveillance video to see if they may recognize the suspect.

"He just thinks he can get away with this, but he will be caught. We're offering a $2,000 reward to catch him. So if any of his friends are watching this, turn him in and we'll get them paid," he said.