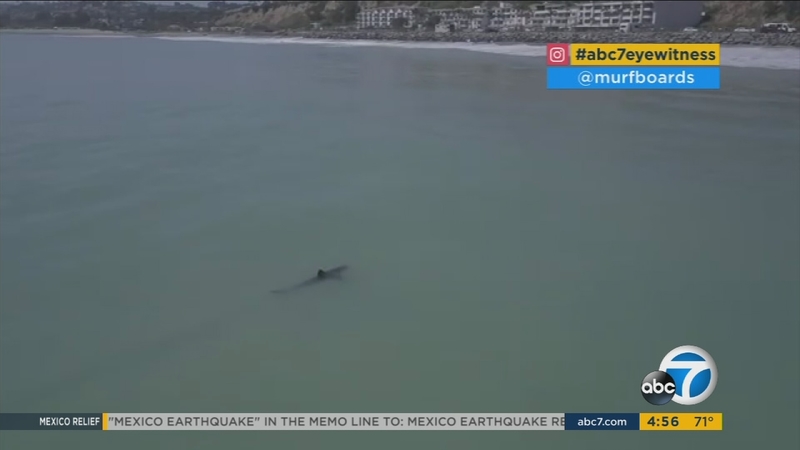 NEWPORT BEACH, Calif. (KABC) -- As the number of shark sightings off the Southern California coast continue to climb, an early warning device for the creatures is being tested.

Australian surfing legend Ian Cairns held a transponder that is part of the Clever Buoy System, which is used in his native country to detect sharks. He recognizes the need for it along Orange County's coast.

"In San Onofre, I've had three incidents where I've been out with my family when there's been sharks in the water," he said. "Coming from where I come from, that's serious business to me."

Last year, a shark attacked a swimmer near San Onofre State Beach. She survived as did another swimmer who was attacked off Corona del Mar's coast. Neither woman saw the sharks that attacked them, and lifeguards cannot see what's under the surface of the ocean.

"We can put drones up. We have boats in the water, typically. We have the visual sightings. But the technology in the water is going to be the best technology that we can provide," lifeguard Rob Williams said.

Newport Beach lifeguards will soon test out the new technology. The plan is to put six transponders on the ocean floor, south of the jetty in Corona del Mar. The system can tell it's a shark and not a seal or a dolphin based on how it swims.

"Within 4 seconds of a shark being recognized, being in the area, the notification goes out via text message to the lifeguard group," Cairns said.

Lifeguards open the Clever Buoy app and can see the GPS location of the shark. For the last two years, they've monitored the migratory pattern of great whites along the West Coast, especially since Orange County is a known breeding ground.

"It's important from a humanitarian aspect, in terms of protecting human life, and it's also important for our economy. We have lots of people who come here from all over the world," he said.