Coronavirus antibody tests useful - but not all are reliable, LA doctor says

Coronavirus antibody tests can determine if someone was previously infected, but many available tests are not fully reliable, according to the head of a Los Angeles clinic. 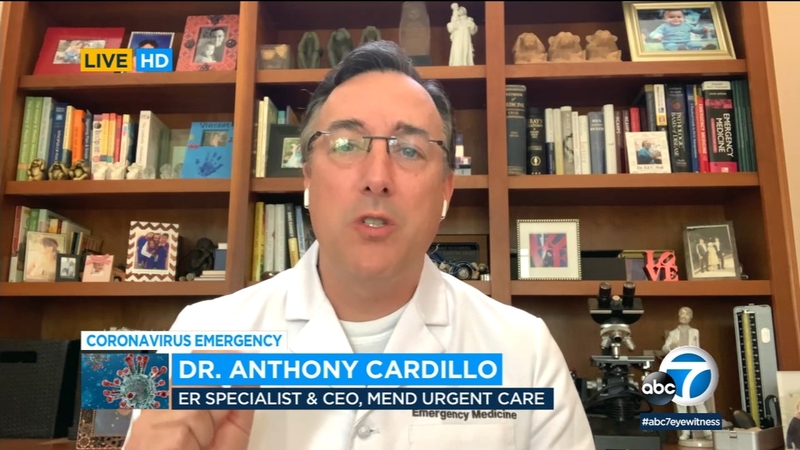 LOS ANGELES -- In addition to testing for COVID-19, many companies are now offering tests for antibodies, an indication that a person was previously infected with coronavirus.

The antibody tests are giving researchers new clues as to how many people may have become infected with coronavirus without realizing it. Their immune systems defeated the virus without presenting any life-threatening symptoms.

In Los Angeles County, for example, a study by the University of Southern California and the county health department indicates hundreds of thousands of county residents may have the antibody. Those results suggest the mortality rate from the disease is lower than current numbers indicate simply because there may be so many more people who were infected but did not get tested because of the absence of symptoms.

But some experts warn that there are many unapproved - and ineffective - antibody tests on the market.

Dr. Anthony Cardillo, CEO of MEND Urgent Care clinics in Los Angeles, says there are some 70 different antibody tests available, but only four of them are FDA-approved, under an emergency authorization.

The other tests may be less reliable because they may present positive results for a wider variety of coronaviruses, not just the strain in the current pandemic known officially as SARS CoV-2.

"Otherwise the false data is really not useful," Cardillo said. "You have to ratchet down in the medical community and all be using the same tests. Otherwise it's going to be chaos."

In a Skype interview with Eyewitness News, Cardillo also talked about one of the latest possible treatments for COVID-19. The antiviral drug Remdesivir is being tested as a possible treatment for the disease. It had previously been used against Ebola and now has authorization for use in clinical trials in the United States.

There are seven clinical trials of the drug made by Gilead Sciences. Data from a large clinical trial in Chicago has leaked out indicating preliminary success.

"It's only approved right now for investigational purposes," he said. "It does not have FDA approval for any other disease process."

"It's not fair to make any judgments or suppositions before we have all that data."
Report a correction or typo
Related topics:
health & fitnesscoronavirusblood testcoronavirus testcovid 19
More Videos
From CNN Newsource affiliates
TOP STORIES