A new survey finds nearly two-thirds of Latinos in the U.S have lost their jobs or face growing financial hardship during the coronavirus crisis.
KABC
By Anabel Munoz 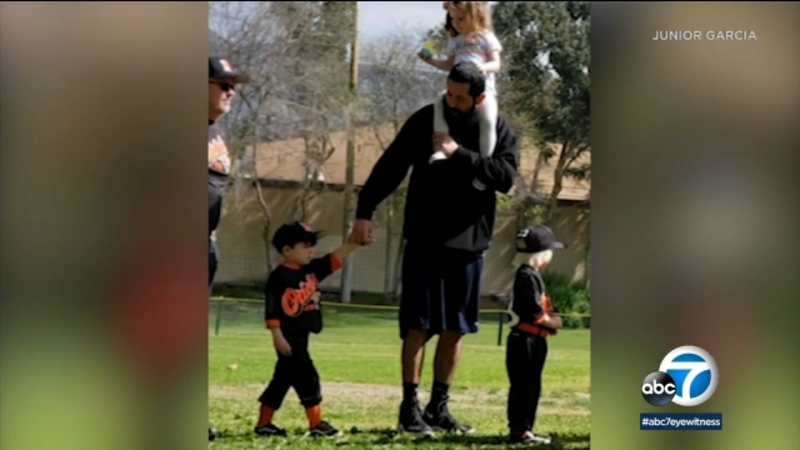 MONROVIA, Calif. (KABC) -- While this crisis has been difficult on everyone, some communities have been hit harder than others.

The COVID-19 pandemic exacerbates inequities in society, as minority communities have seen higher death rates and greater economic blows. A new study found nearly two-thirds of Latinos in the U.S have lost their jobs or face growing financial hardship.

Garcia has a job as a maintenance worker, but his supplemental income doing handiwork dried up. With a nearly empty pantry, he worked up the courage to ask for work on the Monrovia Facebook group page - offering to pull weeds, paint or just about anything. The response was fast and positive.

Garcia wants to earn the cash.

"Yesterday morning I went and pulled some weeds and cleaned up a garden for another gentleman that got me off the post. And I'm just thankful for everybody that came together to help us out," Garcia said.

The father of four was able to buy groceries.

"It was really touching to see that a city and a community could come together and help somebody out like that. I'm sure there's people that are probably worse than I am, in a worse situation," Garcia said.

According to a survey conducted by SOMOS Community Care and Latino Decisions, half of all Latino households that responded say they have less than $500 saved for an emergency, while 35% say they lost their job and nearly half say they lost some income.

"Don't be afraid. Just ask and I mean the community, that's what we're supposed to do, and that's what they did for me," Garcia said.