Apart from the protesters outside the building, most of the people who spoke inside the meeting were in favor of easing the county's coronavirus restrictions.
KABC
By Rob McMillan
A crowd of about 150 people gathered in Riverside County on Tuesday as officials debated whether to rescind their local health orders put in place due to the coronavirus pandemic.

The Board of Supervisors meeting started at 9 a.m., but residents were still making public comments in front of the government body six hours later. Ultimately, after over nine hours of discussion, the Board voted unanimously to delay the vote until Friday.

Officials said they want to wait until Gov. Gavin Newsom announces additional safety protocols for businesses, which is expected on Thursday, after he announced that some lower-risk businesses will be able resume limited operations starting Friday.

Apart from the protesters outside the building, most of the people who spoke inside the meeting were in favor of easing the county's coronavirus restrictions.

Another speaker in favor of lifting restrictions said she would "rather die of a virus than lose our freedoms."

The fight over when to reopen the economy is now taking center stage. There were protests at the beaches and a protest in San Bernardino.

At the opposite end of the debate, there were those who agreed with the orders from Riverside County's health officer to keep physical distancing guidelines and mask requirements in place through mid-June.

"This has been causing tremendous economic hardship for myself, but I'm willing to bear that suffering, that economic hardship, as long as it means that we're going to save the lives of so many of our elderly persons," said one man who called into the meeting.

County health officer Dr. Cameron Kaiser has received considerable pushback for the move, including from Supervisor Jeff Hewitt who accused Kaiser of continuing "a campaign of fear."

Kaiser was present at the meeting, where there were calls for his firing.
Report a correction or typo
Related topics:
politicsriverside countycoronavirus californiacoronaviruscoronavirus pandemiccovid 19 outbreakcovid 19
Copyright © 2020 KABC-TV. All Rights Reserved.
CORONAVIRUS CALIFORNIA 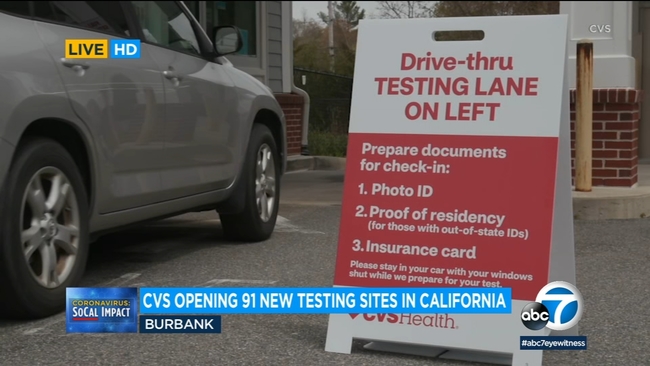