KABC
As the impact of the novel coronavirus outbreak becomes more prominent across Southern California, the Los Angeles County Sheriff's Department announced an increase in patrols and efforts to reduce the department's in-custody population to curb the potential spread of the virus.

At a news conference Monday morning, Sheriff Alex Villanueva announced the department would increase patrols around certain supermarkets "just in case there's any sort of conflict" as concerns surrounding virus drives shoppers to stores to stock up on supplies.

Despite warnings from local, state and national leaders, grocery stores in Southern California and nationwide have been stripped bare by shoppers panicked by the coronavirus outbreak.

In order to mitigate the risk of the spread of infection throughout the jail system, Villanueva said the department will be releasing people with less than 30 days left on their sentences. Since Feb. 28, inmate levels have dropped from 17,076 in custody to 16,459, according to Villanueva.

Though no one in the jails has tested positive for the virus, a total of 35 inmates are either in isolation housing or in quarantine at one of the department's facilities. Villanueva said all of them are receiving the "necessary level of care."

"Our population within our jail is a vulnerable population just by virtue of who they are and where they're located, so we're protecting that population from potential exposure," Villanueva said.

Deputies have been instructed to cite and release people in select circumstances.

If they encounter a felony suspect or someone who committed a violent crime, deputies must seek medical clearance before they can be booked. Those who are brought to jail are being scanned for their temperature.

Villanueva added that the number of arrests across the county have been reduced from an average of 300 a day to about 60.
Report a correction or typo
Related topics:
los angeles countyinmateslos angeles county sheriff's departmentcoronavirusjailvirus
Copyright © 2021 KABC-TV. All Rights Reserved.
CORONAVIRUS 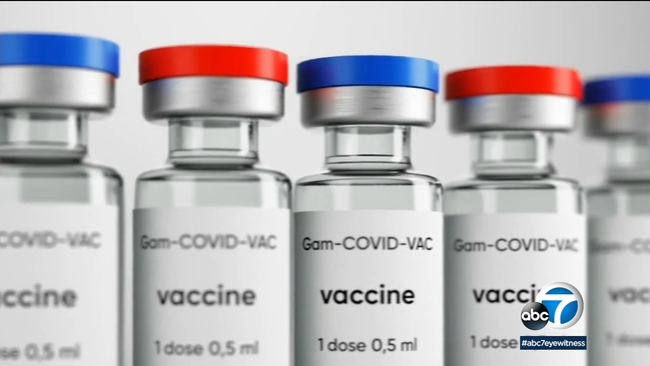