Placing most-critical coronavirus patients on their stomachs can help with breathing, doctors find

Doctors are finding that positioning some of the most critical COVID-19 patients on their stomachs can help them breathe.
CNNWire 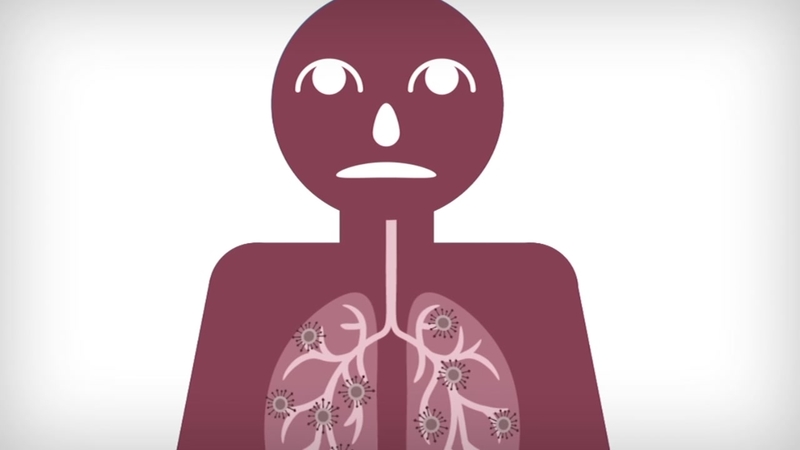 Coronavirus: What does COVID-19 do to your body and how it is spread so easily?

On Friday, Dr. Mangala Narasimhan received an urgent call. A man in his 40s with COVID-19 was in a dire situation, and her colleague wanted her to come to the intensive care unit at Long Island Jewish Hospital to see if he needed to be put on life support.

Before I come over there, Narasimhan told the other doctor, try turning the patient over onto his stomach and see if that helps.

Narasimhan didn't need to go to the ICU. The flip worked.

Doctors are finding that placing the sickest coronavirus patients on their stomachs - called prone positioning - helps increase the amount of oxygen that's getting to their lungs.

"We're saving lives with this, one hundred percent," said Narasimhan, the regional director for critical care at Northwell Health, which owns 23 hospitals in New York. "It's such a simple thing to do, and we've seen remarkable improvement. We can see it for every single patient."

"Once you see it work, you want to do it more, and you see it work almost immediately," added Dr. Kathryn Hibbert, director of the medical ICU at Massachusetts General Hospital.

'We're opening up parts of the lung'

Patients with coronavirus often die of ARDS, or acute respiratory distress syndrome. The same syndrome also kills patients who have influenza, pneumonia and other diseases.

Seven years ago, French doctors published an article in the New England Journal of Medicine showing that patients with ARDS who were on ventilators had a lower chance of dying if they were placed on their stomachs in the hospital.

Ever since, to varying degrees, doctors in the United States have been placing ventilated ARDS patients on their stomachs.

Now they've doubled down on this with coronavirus patients, and it's paying off. When the patient at Long Island Jewish was placed on his stomach, his oxygen saturation rate, a measure of oxygen in the blood, went from 85% to 98%, a huge jump.

The ventilated patients typically stay on their stomachs for about 16 hours a day, going on their backs for the rest of the time so doctors have better access to their front side and can more easily give them the treatments they need.

Critical-care specialists say being on the belly seems help because it allows oxygen to more easily get to the lungs. While on the back, the weight of the body in effect squishes some sections of the lungs.

"By putting them on their stomachs, we're opening up parts of the lung that weren't open before," Hibbert said.

Choosing belly or back

There is a downside to placing ventilated coronavirus patients on their stomachs.

Ventilated patients require more sedation when they're on their stomachs, which could mean a longer stay in the ICU.

At Mass General, about a third of coronavirus patients on ventilators get placed on their stomachs, usually the ones who are sickest and have the most to gain from being in that position.

Some hospitals are also placing coronavirus patients who are not in the intensive care unit on their stomachs.

At Mass General, a "proning team" of nurses visits patients outside the ICU to encourage them to turn onto their stomachs. Since it might be uncomfortable for a non-sedated patient to spend 16 hours on their stomachs, the nurses try to get them to spend at least four hours on the stomachs, split into two sessions.

"Most are willing to give it a try," Hibbert said. "How long they stay in that position really varies from person to person, whether they're comfortable falling asleep in that position, or if they get bored and want to turn over to their backs."

The 2013 French study looked only at patients who were on ventilators, so it's not entirely clear what effect the stomach position has for patients who are not as severely ill.

At Rush University Medical Center, they're studying whether the stomach position is helpful for patients who are not so sick that they need a ventilator to breathe for them, but sick enough that they need supplemental oxygen delivered through a tube in their nose.

In their clinical trial, patients are being randomly assigned to be on their stomachs or backs, according to David Vines, chair of the cardiopulmonary sciences department at Rush.