Reopening the country seen as greater risk among most Americans, poll shows

Nearly two-thirds of Americans said they more closely align with the view that opening now is not advantageous since it will result in a higher death toll.
ABCNews
By KENDALL KARSON 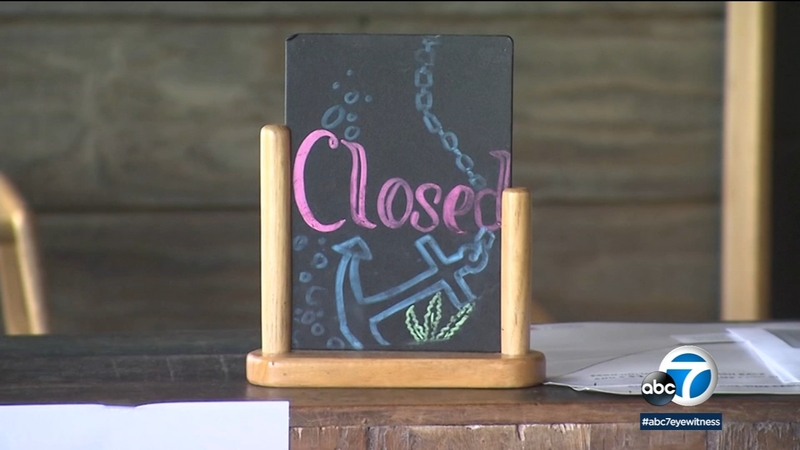 Reopening the country seen as greater risk among most Americans, poll shows

Americans, by a large 30-point margin, are resistant to re-opening the country now, believing the risk to human life of opening the country outweighs the economic toll of remaining under restrictive lockdowns -- a concern that starkly divides along partisan lines, according to a new ABC News/Ipsos poll released Friday.

In the new poll, conducted by Ipsos in partnership with ABC News using Ipsos' Knowledge Panel, nearly two-thirds of Americans said they more closely align with the view that opening the country now is not advantageous since it will result in a higher death toll, while slightly more than one-third agree with the belief that an immediate reopening is beneficial to minimize the negative impact on the economy.

But those attitudes show deep partisan divisions, with only 6% of Democrats, compared to 65% of Republicans, siding with the viewpoint of opening the country now to salvage the economy.

An overwhelming 92% of Democrats and only 35% of Republicans oppose an immediate re-opening, citing the effect of the deadly virus. Independents trace the outlook of the country, with 36% supporting opening up the country now, and 63% opposing such a move.

Those Americans who are opposed to getting a vaccine, experts say, often fall into one of two categories. But, unlike most things in American politics and concerning the coronavirus outbreak, those groups are not partisan in nature, with about equal proportions of Democrats and Republicans saying they were likely to get the vaccine.

"There's always been an anti-vaccine group of individuals that are going to refuse vaccines no matter what," said Dr. Carlos del Rio, an infectious disease expert, and a professor of medicine, epidemiology and global health at Emory University. "The question is, how do they impact other people."

What's opening in California? Everything we know about CA businesses opening Friday and what comes next
EMBED More News Videos

Governor Gavin Newsom announced major changes for Friday. Phase two of his plan starts up with restricted reopening's for certain stores across the state. Bay Area counties have stricter policies in place so it's unlikely we'll see as many reopening's here.

"You always have a sense of anxiety that this is a new vaccine. Is it safe? Is it effective," del Rio continued. "But if a vaccine is safe, then the problem that you run into is complacency."

"It's not just the skeptics, it's truly ones that don't actively go looking for a vaccine," he added.

Del Rio told ABC News that while the country is generally "very good" at vaccinating children, the number of adults who receive vaccinations pales in comparison, citing the influenza vaccine as an example.

"After the pandemic of influenza, the influenza vaccination...became recommended for every age beyond six months," he said. "We've done really good at vaccinating young people - were getting rates in the order of 40% or so - we're doing terrible vaccinating adults, and we're particularly bad vaccinating adult males."

Over time, del Rio said, people have become "less interested" in vaccines. In a recent Gallup survey, confidence in vaccines has been on the decline. Fewer U.S. adults consider childhood vaccinations to be important than in previous years. The survey, released in March, found that 84% said it's important to vaccine their children, down from 94% in 2001.

"We frequently tend to underestimate their benefit and overestimate the risk," he said. "Vaccines save lives."

The new poll was conducted over two days, during which the death toll in the country surpassed 70,000 and President Trump reversed course on disbanding the White House coronavirus task force, announcing that the team would "continue on indefinitely" to focus on vaccines and therapeutics but that they "may add or subtract people."

More states, too, began easing restrictions this week, despite the number of confirmed cases continuing to climb. As more governors began lifting orders this week that were put in place to slow the spread of the coronavirus, Trump acknowledged in an exclusive interview with ABC News "World News Tonight" Anchor David Muir that there might be more deaths from COVID-19 during the reopening process.

"It's possible there will be some because you won't be locked into an apartment or a house or whatever it is," Trump said. "But at the same time, we're going to practice social distancing, we're going to be washing hands, we're going to be doing a lot of the things that we've learned to do over the last period of time."

Trump's approval for the handling of the coronavirus pandemic continues to be underwater among Americans and sharply polarizing among political tribes.

Across eight weeks of polling, Trump's approval has consistently hovered in the low-40s among Americans, except for one week in March. For the second week in a row, 42% approve of the president's management of the crisis and 57% disapprove.

Still, concern about contracting the coronavirus is holding fairly steady, with 77% of Americans concerned about becoming infected, and 23% not concerned.

As the country enters another month of this new reality, 22% of Americans say they are now working from home in response to the coronavirus, up from 3% in mid-March, and 24% say they are still working in their normal workspace, which is down from 55% at the onset of the crisis.

Among those who are not currently employed, 20% said they lost their job due to the outbreak.

This ABC News/Ipsos poll was conducted by Ipsos Public Affairs' KnowledgePanel May 6-7, 2020, in English and Spanish, among a random national sample of 532 adults. Results have a margin of sampling error of 4.9 points, including the design effect. See the poll's topline results and details on the methodology here.
Report a correction or typo
Related topics:
health & fitnesseconomybusinesscoronavirusabc newscovid 19 pandemicpollnational
Copyright © 2021 ABC News Internet Ventures.
More Videos
From CNN Newsource affiliates
TOP STORIES