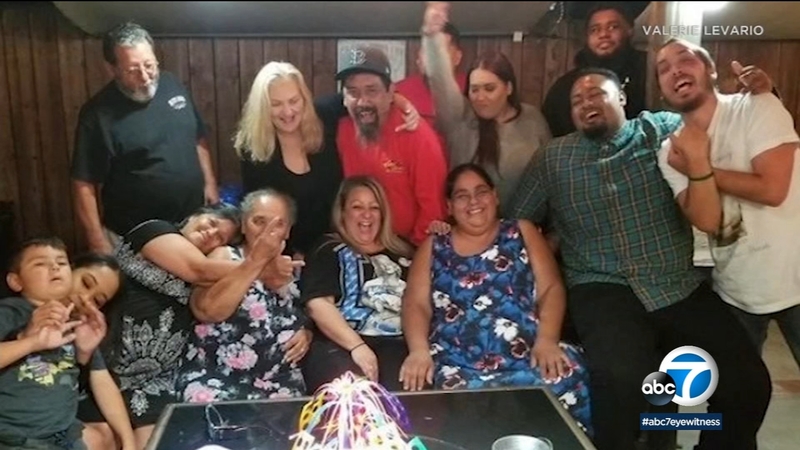 Family ravaged by COVID loses 3 loved ones in 3 weeks

LOS ANGELES (KABC) -- A tight-knit Southern California family is in mourning after COVID-19 struck them with the unimaginable. In the span of three weeks, they lost three family members.

Valerie's 53-year-old father, Fabian "Chino" Levario, worked as a freelance handyman and played in a Long Beach band for 20 years.

"That was his passion - was to play music and be with his family," Valerie said.

Fabian, who underwent a kidney transplant 16 years ago, never revealed how sick he was until he entered the hospital Nov. 23.

He would test positive for COVID-19.

"I had my grandma call 911 to take her to the hospital just in case," Valerie said.

Six days later, Deborah's husband Armando Padilla, who Valerie says had no underlying health conditions, would die from the virus.

Family members had to tell 8-year-old Armando Jr. that he lost both his father and mother.

"He sat there and looked at her and said 'My mom is in my heart. I know she's not coming home. She's in my heart now, and I'll always have her in my heart.'"

Valerie says they were careful. They didn't gather and always wore masks, but it's not clear how they contracted the virus.

Valerie's message: wear a mask and take the virus seriously.

"Don't be selfish. People are dying from this and it's not fair," she said.