Why California's Employment Development Department is drowning in unemployment claims 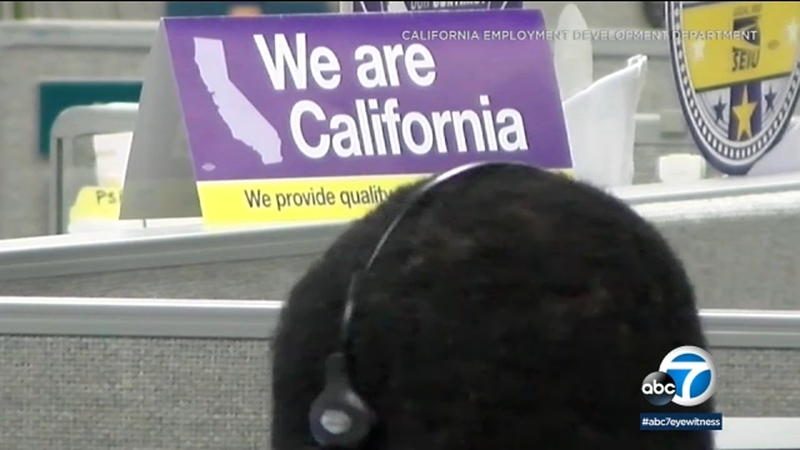 Why California's EDD is drowning in unemployment claims

LOS ANGELES (KABC) -- To date, more than 3.3 million Californians have filed for unemployment. It's an unprecedented number that has the Employment Development Department call center drowning with about 13 million calls a week.

To put it into perspective, during the 2008-2009 recession, the EDD processed 375,000 claims in a four week period. During this pandemic, they've processed 2.7 million claims in a four-week period. The magnified workload came all at once and because staffing fluctuates with the economy, they weren't prepared.

"So when the economy is good, the unemployment insurance staffing even in California is low. So in March, we were at historic lows," said Labor Secretary Julie Su, who admits to flaws in the system, and knows there's been extreme frustration.

For instance, because of staffing, the call center was originally only open for four hours a day. As for the website, Su says it's outdated, but is still the most reliable way to apply and check on your status.

"We have seen periods in which it has slowed significantly due to the massive demand and that it why we're taking some extraordinary measures in real time as we're monitoring to make sure we do what we can to relieve pressure on the system," Su said.

That includes flexibility on requirements like having to certify every two weeks and creating what's called Pandemic Unemployment Assistance to provide benefits for those who wouldn't normally qualify. That includes people like Echo Park resident Kaila Hoppe, who does wardrobe on set for soap operas. When she applied for unemployment, she faced a false statement penalty and couldn't get through to anyone to fix the problem, so she started a petition to urge the EDD to stop denying benefits for people serving penalties.

Over 7,600 people signed the petition and the Labor Department ended up changing the rules showing just one of many issues that are being addressed.

For the most part, those who apply for unemployment and all the information is correct with no disparities, shouldn't run into any issues, and should receive benefits in about three weeks.

Economic support has finally arrived in California for the millions of self-employed, freelance and gig economy workers in California, many of whom have lost work or wages in the novel coronavirus pandemic.