Christian Alexander Secor, 23, entered the Senate floor and sat in the seat that had been occupied by then Vice President Pence
City News Service A Costa Mesa man pleaded guilty Thursday to a felony charge relating to the breach of the U.S. Capitol on Jan. 6, 2021.

Christian Alexander Secor, 23, entered his plea to the felony charge of disrupting an official proceeding in federal court in the District of Columbia, according to the Department of Justice.

Authorities say he and others disrupted a joint session of Congress which had convened to count the presidential electoral vote.

According to court documents, on the day of the election, Nov. 3, 2020, Secor sent a text message stating, "We're gonna win bigly and if we don't we're taking this ship down in flames.''

In preparation for the breach, he messaged another individual on Jan. 5, 2021, stating that he "brought a gas mask'' to Washington and that he wouldn't be surprised "if conservatives just storm the police and clobber antifa and the police but that's wishful thinking,'' court papers show.

On Jan. 6, he marched to the Capitol, carrying a large blue flag. At about 2 p.m., he was in the mob of rioters illegally on the restricted Capitol grounds. He subsequently climbed scaffolding to reach the Upper West Terrace of the building. 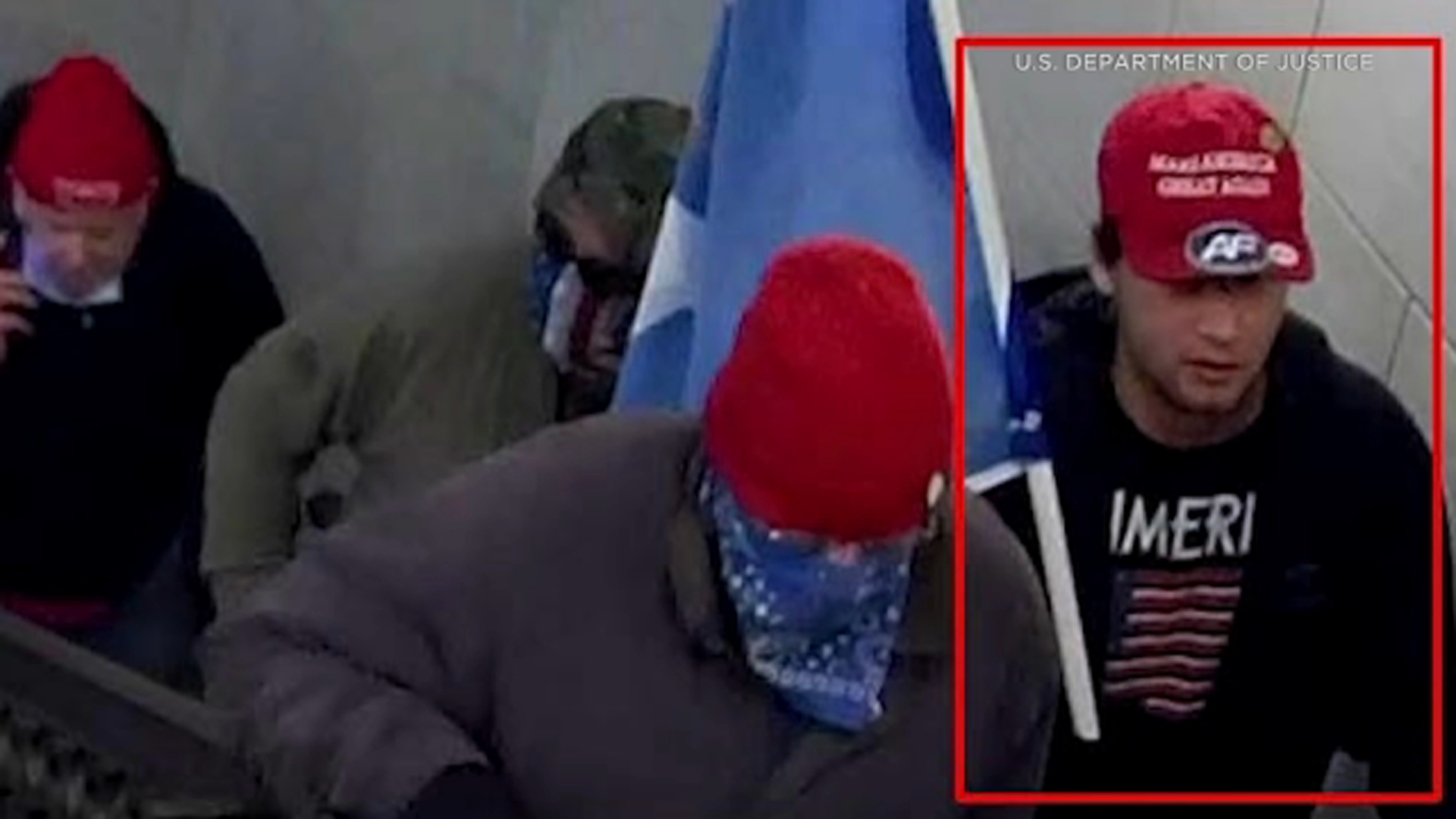 At about 2:26 p.m., he entered the Capitol through the Senate Wing Door. He made his way to the Crypt, to the House side of the building, and then to the second floor.

He then walked through the office suite of the Speaker of the House, documents show.

A Glendora man was sentenced last week to four months in prison on a felony charge of destruction of government property for crimes related to the breach of the U.S. Capitol on Jan. 6, 2021.

Secor then moved to the East Rotunda doors. There, he helped a group of rioters inside the building push open the doors to let other rioters inside.

Secor continued to move through the building, and at 2:42 p.m., he entered the Senate chamber.

He entered the Senate floor, went to the Senate dais, and sat in the seat that had been occupied by the vice president just 30 minutes earlier, according to the DOJ.

He finally exited the building at about 2:51 p.m. On the evening of Jan. 6, Secor boasted about what took place that day on Twitter, saying, among other things, that he and others "accomplished more for conservatism than the last 30 years.''

A UCLA student from Costa Mesa has been arrested in connection with the attack on the U.S. Capitol.

Secor was described as a UCLA student at the time of the Capitol breach.

The actions of Secor and others disrupted a joint session of the U.S. Congress convened to ascertain and count the electoral votes related to the presidential election.

In the months since Jan. 6, 2021, more than 800 individuals have been arrested in nearly all 50 states for crimes related to the breach of the U.S. Capitol, including more than 250 individuals charged with assaulting or impeding law enforcement. The investigation remains ongoing.