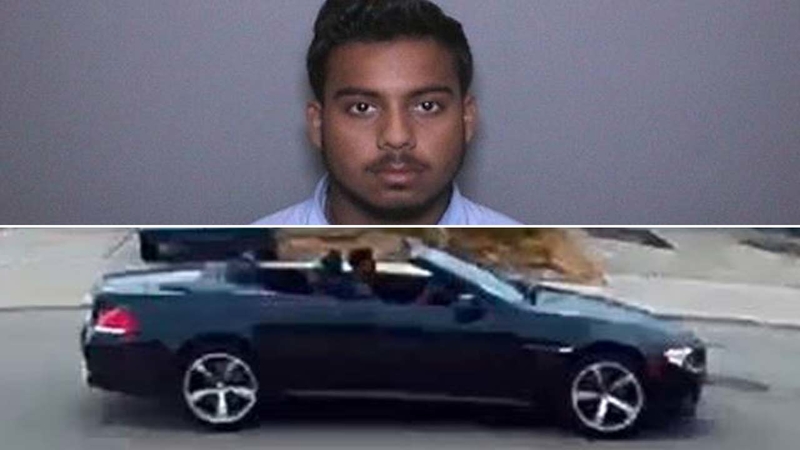 COSTA MESA, Calif. (KABC) -- An 18-year-old Costa Mesa man has been arrested and charged in connection to two incidents in which he allegedly exposed his penis to women.

The first incident occurred at approximately 4:10 p.m. on Oct. 1. The Orange County District Attorney's Office said Brandon Mumtaz stood behind his vehicle in a parking lot at Orange Coast College and allegedly exposed his penis to a woman. The victim reported the incident to Costa Mesa police later that day.

The second incident occurred on Oct. 3. A student was walking home from school when Mumtaz pulled up next to her in his car. According to the DA's office, Mumtaz allegedly spoke to the victim while exposing his penis to her. Costa Mesa police said the victim in this case was a 14-year-old girl.

Costa Mesa police released a surveillance photo of the car involved in the Oct. 3 incident, a black, late-model, two-door convertible, in an effort to identify the suspect.

Police arrested Mumtaz on Thursday after receiving a tip from the community. The charges, also filed Thursday, include the following misdemeanor counts: two counts of indecent exposure and one count of child annoyance, the DA's office said in a press release.

If convicted, Mumtaz faces a maximum sentence of two years in county jail, and he would be required to register as a sex offender.