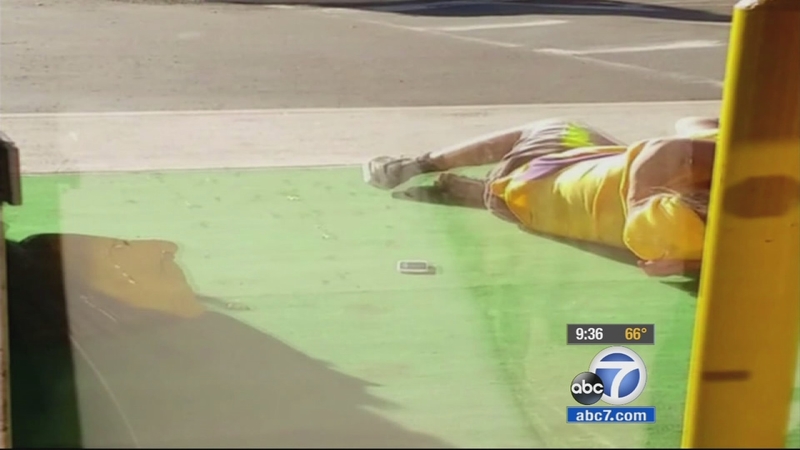 CHULA VISTA, Calif. (KABC) -- A man and a woman who just met started kissing and rolling around in the middle of a Chula Vista shopping center for everyone to watch. Witnesses said it was something you just had to see to believe.

The couple, who police told KGTV had just met on the trolley, got down and dirty in front of Christina's Dress Shop.

Witness Christy Peterson, who shot video of the incident through the store window, said the man and woman seemed oblivious to the fact that it was 3:30 p.m. and that they were surrounded by people in a shopping strip mall.

"They were rolling on the ground, making out and getting sexual," said Peterson.

Peterson said the two kept their clothes on for the first 15 minutes. Then, she overheard the man convince his new friend to take their relationship to the next level. He stripped off all his clothes, and she kept her skirt on.

"Her legs were in the air, and the guy was on top," said Peterson. "We were just so shocked, our mouths were just opened."

"We were just panicked and there were customers," said Peterson. "A woman with her baby, 16-, 17-, 18-year-old girls here to shop for prom and got the shock of their life."

Police arrived but the two strangers, who didn't even know each other's names, didn't flinch.

"They were like cuddled up while police were giving them tickets," said Peterson.

The man was handcuffed and taken to jail, and the woman was given a citation.