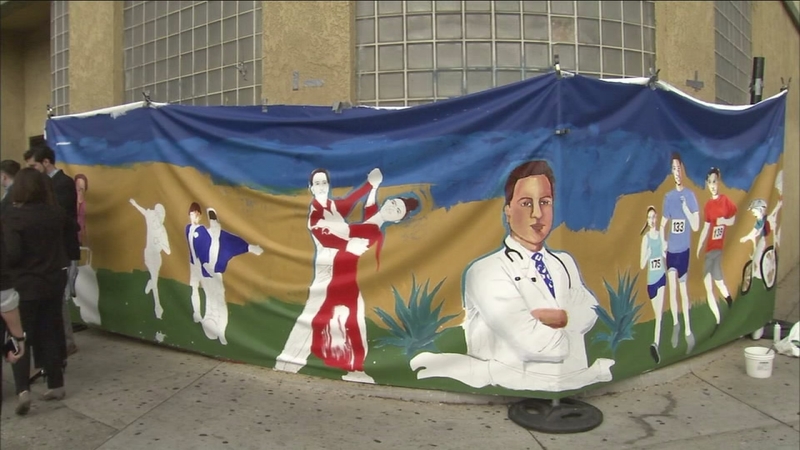 LOS ANGELES (KABC) -- Nov. 1 marks the First day of the new enrollment window for Covered California, and the political battle over health care in the nation's capital has left a lot of people confused.

Will consumers still be able to get coverage, and at a reasonable price?

Covered California is aiming to hit it out of the ballpark on day one of the open enrollment period.

The health exchange launched new ads along with a bus tour and mural campaign to encourage people to enroll between now and Jan. 31.

"Three-quarters of people who are eligible don't realize, and people need to check, " he said.

Across the nation, struggling marketplaces in other states are also trying to get the word out.

Anthony Wright, executive director of Health Access California, said, "As long as we haven't repealed the Affordable Care Act, California has the will and the wherewithal to shield consumers from this sabotage that's going on federally."

Under the Affordable Care Act, the government must increase its subsidies to cover higher costs. Eight out of 10 enrollees receive these subsidies.

"Consumers who get financial help, 1.1 million of them, will be paying less in 2018 than they were in 2017. That's good news for consumers," said Lee.