An organization of African American women says the health care system is failing the black community and that their own experiences are evidence of bias.
KABC 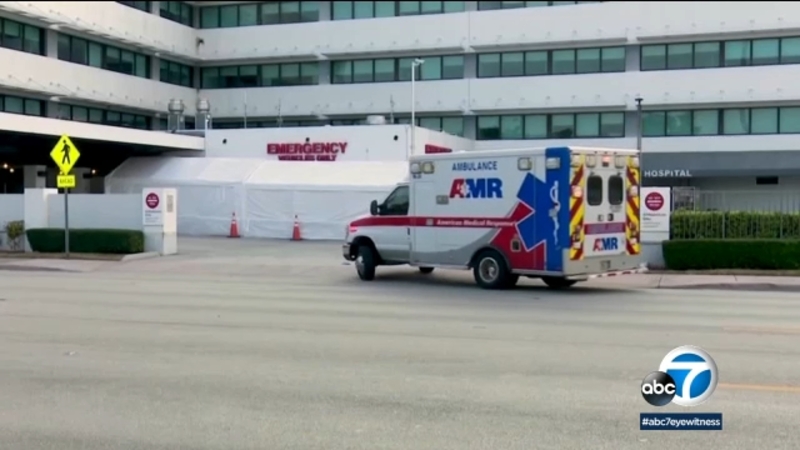 LOS ANGELES (KABC) -- An organization of African American women says the health care system is failing the black community and that their own experiences are evidence of bias.

The Los Angeles County chapter of Black Women Rally for Action has embarked on a social media project to record interviews with COVID-19 survivors, share their stories, obtain insight from African American medical professionals and offer resources to the community.

The women say that they traditionally depend on trusted peers for advice. "COVID-19 Stories" aims to provide that voice, black woman to black woman.

A woman with the pseudonym "Karen" described to her interviewer how she felt mocked and disrespected by doctors who said her symptoms didn't appear serious enough to admit her to the hospital. They sent her home.

The women say that traditionally black women are hesitant to see doctors, so that when they do seek medical care it's because they feel a radical change.

"When she went home, she could have died. Many people in her situation, did die," says Efuru Flowers, co-chair of Black Women Rally for Action.

Statistics reveal a troubling chasm. While African Americans have contracted the virus at the same pace as other races, the death rate is significantly higher.

"Unfortunately, when they're sent home no one's monitoring them. The heart tires out, the person has a heart attack and passes away," says Dr. Sheila Young from Charles Drew University who is collaborating with BWRA.

Young says that African Americans may be turned away from hospitals because ICU beds in their area are scarce and quickly filled. However, in other parts of Los Angeles she says ICU beds have been plentiful but African American patients don't know that.

"If one hospital turns them away - don't go home, go to another hospital, keep going until they're accepted," says Young.

Spreading the word through the faith community, Black Women for Action is inviting women to its first Facebook forum on Thursday at 6 p.m. They will share their personal experiences and obtain information from medical professionals.

All are urged to obtain a free COVID-19 test at a drive-through site at Charles Drew University in Willowbrook. Any positive results can be presented at a hospital and will speed up the process of evaluation.