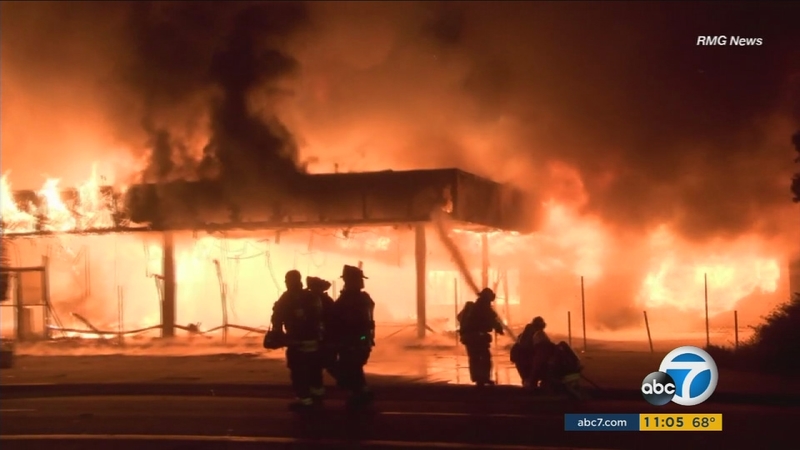 COVINA, Calif. (KABC) -- Investigators are searching for the cause of a fire that ripped through an abandoned car dealership in Covina.

The fire ignited shortly after 9 p.m. Wednesday on the 300 block of South Citrus Avenue.

"The flames were just all over the place. And then all of a sudden, it was this big crash. The ceiling went boom. It was pretty chaotic," described Yvonne Noriega, an area resident.

Firefighters said the flames were so intense when they arrived, they immediately called arson investigators.

"Our unit found the fire very intense, which raises concerns. Usually a fire is not that intense on initial arrival. For this reason, we did initiate our cause investigators immediately," said Assistant Fire Chief Jim Enriquez with the Los Angeles County Fire Department.

Quick work by firefighters kept the blaze from reaching any nearby homes.

"The whole building was engulfed, and the firemen just went through there and lined their trucks up and their big ladders and just starting shooting the fire from the rear so it wouldn't spread," said Margie Armijo, an area resident. "The flames were so high, they were towering over those homes right there."