The man killed by police following an hourslong standoff in Covina was identified by family as a 22-year-old father.

COVINA, Calif. (KABC) -- The man killed by police following an hourslong standoff in Covina was identified by family as a 22-year-old father.

The suspect's mother identified the man as Daniel Navarro.

The standoff began Sunday afternoon as a domestic dispute between Navarro and his girlfriend at the entrance to a local park. Authorities said during the argument, Navarro threatened his girlfriend with a knife.

At one point, the girlfriend took the car keys and exited the vehicle, leaving Navarro and the couple's 7-month-old daughter behind in the car.

That's when police said Navarro ignored officers' orders to get out of the car.

Police said Navarro took his 7-month-old daughter hostage in the car. He made threats to hurt himself, but not the child, officials said.

Nearly eight hours later, the standoff came to a dramatic and deadly shooting. The child was uninjured. She was rescued simultaneously as multiple officers opened fire at Navarro, who was killed.

Navarro's mother, Remi Hamilton, said police at the scene would not let her speak to her son prior to the shooting. She said her son, who was about to go to jail, wanted to hold his daughter a little longer and did not have any desire to hurt the child.

"They didn't allow me to talk to my son. They'd rather shoot him and kill him than let me talk to my son. I asked them - I could get the baby, I could tell him to surrender. I asked to talk to the captain and the sergeant. Nobody came to help me or talk to me. They turned their faces on me," Hamilton said.

"I just told him that we love him, and that he needs to give up," Joiner said. "I was talking to Daniel while he was on the phone in the car. I was speaking to him, and he was telling me that he was a little scared of what's going on. The baby was in no danger whatsoever."

Monday morning, emotional family members, including Navarro's siblings, watched from behind the crime tape as detectives investigated. They built a small memorial of candles and flowers where the shooting took place.

The Los Angeles County Sheriff's Department, which is assisting Covina police with the investigation, has not said if Navarro was in fact holding the knife when SWAT officers moved in and shots were fired. Those exact circumstances are still under investigation. 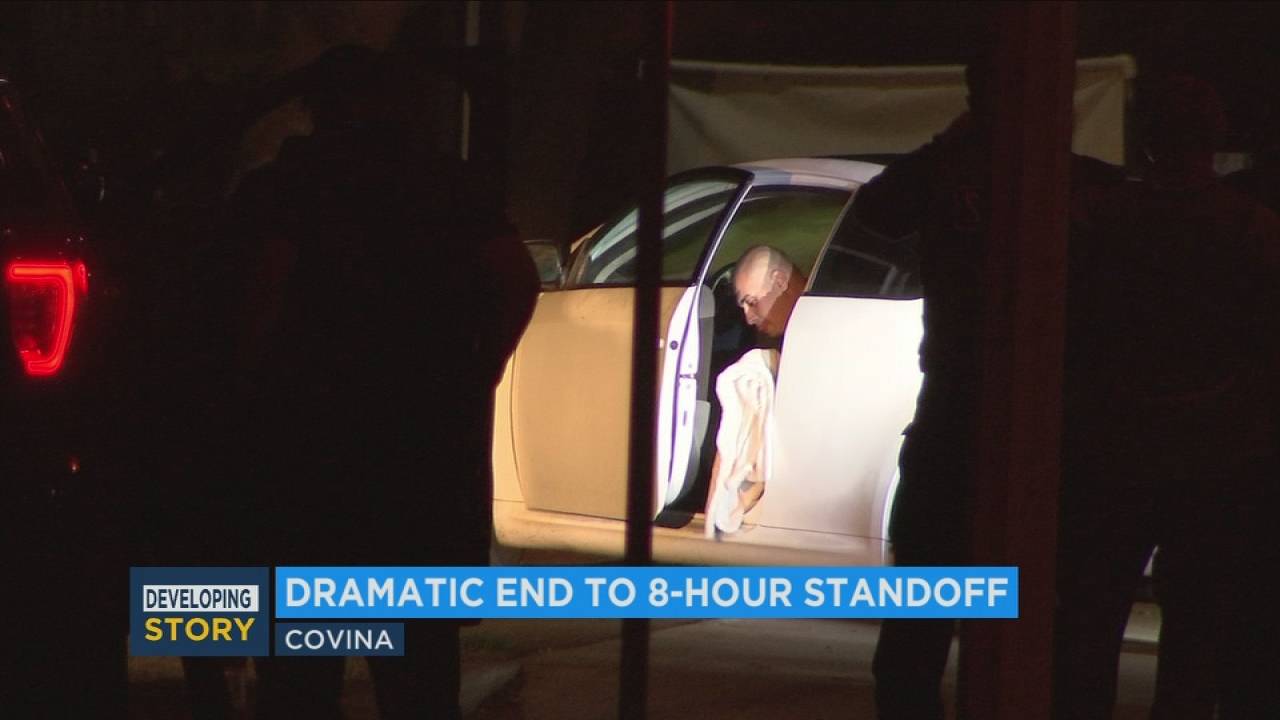