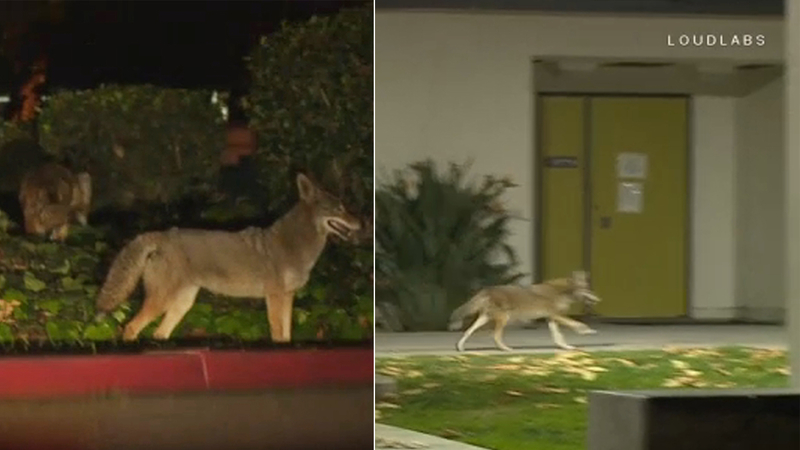 EL MONTE, Calif. (KABC) -- A pair of coyotes were caught on camera roaming around an El Monte elementary school early Tuesday, and sightings are expected to increase over the next few months.

The coyotes were spotted shortly after midnight roaming the streets of Valley and Ramona boulevards and onto the campus of Columbia Elementary School in the 3400 block of California Avenue.

The pair eventually left the school and went into the residential area on California Avenue toward Brockway Street.

Placentia police officers shot and killed a coyote after it attacked a 3-year-old child playing in a park, officials said.

Sightings are expected to increase as the coyote mating period has begun. According to Los Angeles County Animal Care and Control, they breed mostly from January through March.

Later in the year, from May through September, coyotes can be very aggressive as they're caring for and protecting their newborn pups.

Coyotes are most active at night and during the early morning.