Car buyer scammed out of $9K after replying to Craigslist ad 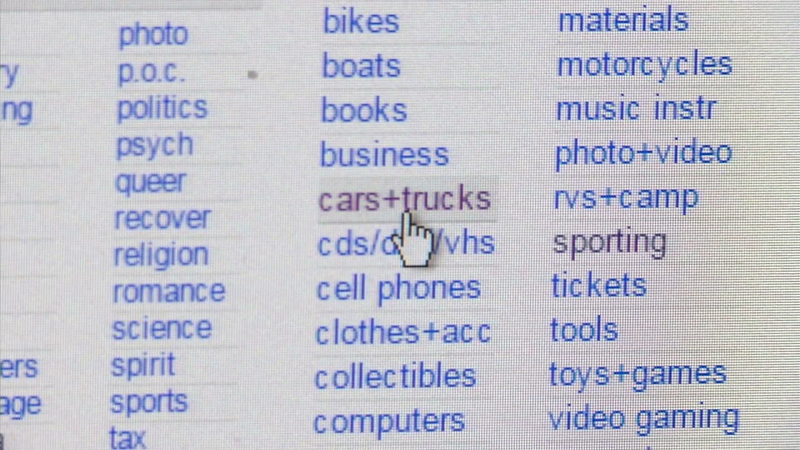 Car buyer scammed out of $9K after replying to Craigslist ad

SANTA ANA, Calif. (KABC) -- A car buyer was scammed out of $9,000 after responding to a Craigslist ad. Now, he is speaking out exclusively to Eyewitness News as police search for more victims.

The victim, who wished to remain anonymous, found a Craigslist ad for a used Audi S5 for $9,000.

After doing research and texting with the seller, the two met at the Santa Ana Auto Mall.

"He said that it was owned by BMW and that it was on consignment at Audi, so we would have to meet at BMW, which was right next door," he said.

Police said Audi did have the car for sale - but for nearly $39,000. Police believe the suspect duplicated the information and lowered the price.

At the seller's request, the victim test drove the vehicle then met him with cash. After handing the seller the cash, the two walked to the BMW showroom.

The victim did catch the seller's license plate. That led police to arrest 25-year-old Michael Garduno. Detectives have already identified two other victims and believe there are more.

"This is what this guy does on a daily basis. They believe he's concentrating on the counties of Orange, San Bernardino and Riverside," said Cpl. Anthony Bertagna with the Santa Ana Police Department.

Crevier BMW's general manager told Eyewitness News by phone that customer privacy and security are paramount and that they also feel like a victim.

The dealership is cooperating fully with the investigation. As for the victim, he's relieved officers caught Garduno.

"It's a learning lesson. I've learned from it. Doesn't scare me to be on Craigslist, it just teaches me to be more aware," he said.