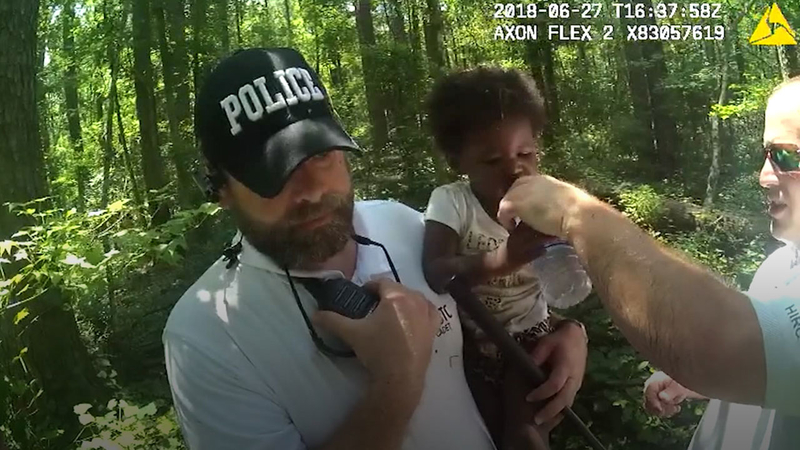 PORT WENTWORTH, Ga. -- A toddler who had been lost in the Georgia heat was found safe thanks to some police cadets who were in the middle of training.

Cadet Robert Parker and others were in class when they were pulled out to help with the search for a missing child.

Savannah authorities were worried that the little girl, who had been missing for 18 hours, might have drowned in a creek. While the little girl was lost, it was 94 degrees in the shade.

Parker and his group heard the toddler screaming while they searched the woods. After finding her under a bush, they gave her water and brought her to safety.

"She'd been out there quite a while, open arms ready to go," Parker said. "She was thirsty. She was tired. She was hot. We got her the proper medical treatment she needed."

Police are talking to the mother, according to ABC News, who was walking with the girl near the woods when she disappeared. She was so distressed when she went missing that she had to be hospitalized.
Report a correction or typo
Related topics:
toddlerchild rescueu.s. & worldpolicebody cameras
Copyright © 2021 KABC-TV. All Rights Reserved.
More Videos
From CNN Newsource affiliates
TOP STORIES