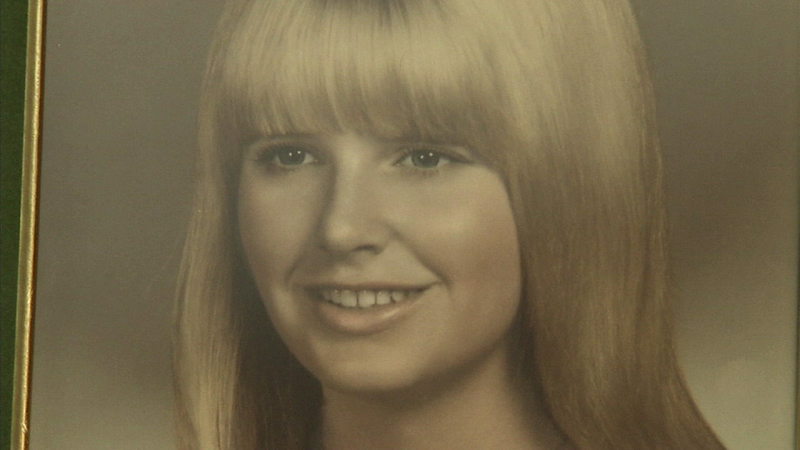 FULLERTON, Calif. (KABC) -- An Anaheim man will never forget the day his sister was killed by a mass shooter at California State University Fullerton 40 years ago.

Paul Paulsen, 64, still holds on to a photo of his older sister Debbie and thinks back to the morning of July 12, 1976.

"I knew I had to get there and get there as quickly as I could," Paulsen recalled.

Paulsen said he was driving to work when he heard a news bulletin about a mass shooting at CSUF.

The shooter, 37-year-old Edward Allaway, entered the school library before 9 a.m. with a .22 caliber rifle and opened fire on his co-workers.

Paulsen said he rushed to the campus where his sister, just 26 at the time, was working as a custodian while taking classes at CSUF.

He said once he neared the library, a detective approached him.

"I could see as he was talking to me, the list of names, and after each name was a big bold 'D,' which I took to understand that 'D' stood for 'dead,'" Paulsen said.

Two others were also wounded.

Paulsen remembered being led down a corridor by the detective to identify his sister's body.

"The corridor still smelled of gun powder," Paulsen described. "My sister was laying in that corridor in the hallway, covered...and they pulled the cover back and it was my sister...covered in blood."

Paulsen said the single worst thing he ever had to do in his life was go down that corridor. But the second worst was telling his mother, who lived near the university.

"She just went into shock and disbelief," Paulsen said.

Allaway was found not guilty by reason of insanity and remains confined to a mental health hospital.

"The surviving families, we also are dealt a life sentence, which is to deal with this the rest of our lives," said Paulsen.

Paulsen and other surviving family members gathered at California State University Fullerton's Memorial Grove on Tuesday for a candle light vigil and memorial to commemorate the 40th anniversary of the tragedy.

"It's part of the healing process," said Paulsen. "It's not just for surviving family members, but also to bring the community together."

Paulsen said he remembers his music-loving sister when he looks at her Beatles dolls and hears her voice as he reads her handwritten notes in the margins of an 18th century English literature book.