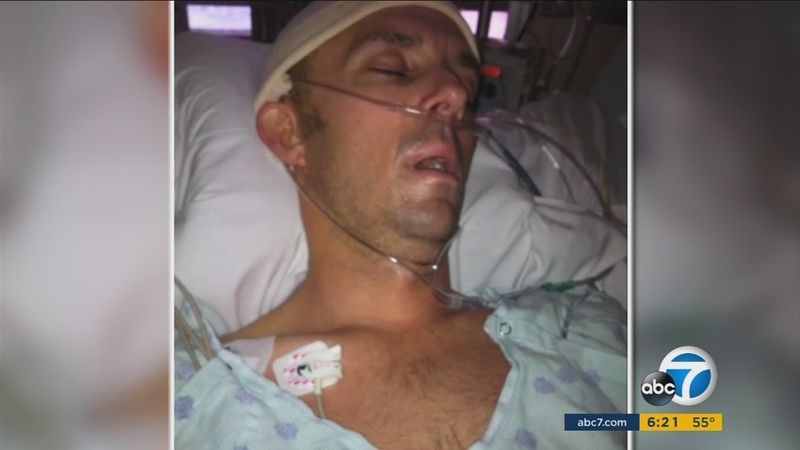 On this Thanksgiving, 43-year-old Sean Entin of Tarzana is thankful he is alive. A simple MMA training session led to a stroke on Black Friday four years ago. Today, he's on the road to recovery.

During an MMA session with Navy Seals, he was choked out -- something he said wasn't uncommon.

Little did he know that part of his carotid artery was severed. Several weeks later, his life-path took a harsh U-turn.

His father, who is a doctor, evaluated him and determined that he was having a stroke.

That was Black Friday 2011 in San Luis Obispo. They rushed him into emergency surgery in Santa Barbara.

He didn't wake for 10 days. To alleviate swelling in his brain, doctors removed part of his scull.

"I couldn't count money, I couldn't spell my name, I couldn't add two plus two, none of that was even in existence," he said.