Danny Trejo to go beyond tacos with new business venture in donuts, coffee 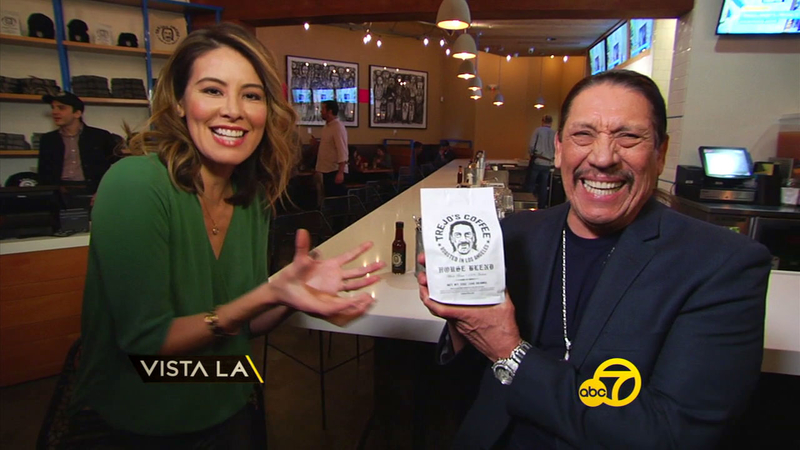 HOLLYWOOD, LOS ANGELES (KABC) -- Actor Danny Trejo, well-known for his role in "Machete," has become a successful restaurateur and will soon be venturing into the coffee and donuts world.

Vista L.A. host Patricia Lopez first bonded with Trejo over their mutual love of tacos when he opened his taqueria Trejo's Tacos in La Brea. The pair met up again at his latest location, Trejo's Cantina, to talk about his new idea.

Trejo said he will be working on gourmet coffee and donuts at a location that is set to open sometime next year near Santa Monica Boulevard and Highland Avenue.

Until then, his cantina, located at 1556 N. Cahuenga Blvd. in Hollywood, features good food, a bar and a fun atmosphere. It also is dog-friendly and has outdoor patio seating.

Trejo also has taco shack at 1048 S. La Brea Ave. and if you follow his taco truck on Twitter, you can get the delicious bites wherever the truck is for the day.