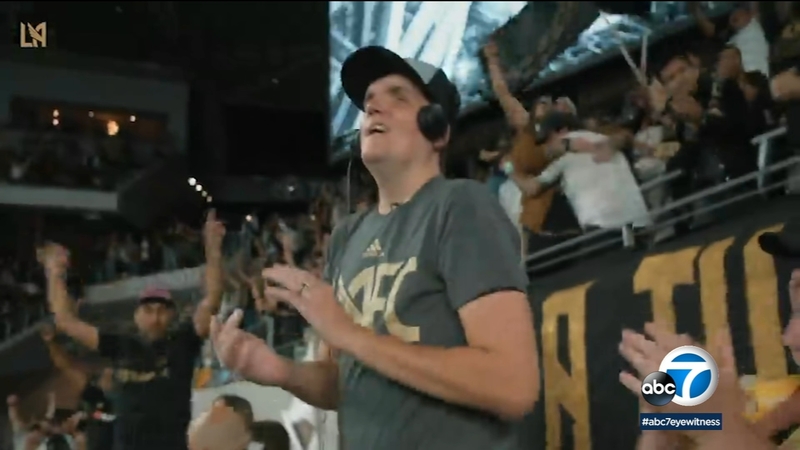 LOS ANGELES (KABC) -- Los Angeles FC games are loud and exciting for fans, but Darren Keepers, who's been blind since he was five years old, feels like he's missing out on all the action.

Instead, Keepers listens to the team's radio broadcaster, Dave Denholm, to help him "see" the game.

"He describes everything little thing that they're doing," said Keepers.

"He felt that I was doing a good job in terms of describing the game and painting the picture for him," Denholm said. "So he was able to learn the game more and become more engrossed in it. Become more of a fan of LAFC, and that was really special."

Keepers tweeted at Denholm and LAFC invited him and his wife, Kim, to go to a game.

A unique perspective of the beautiful game.

It was there that the fan and the broadcaster met for the first time.

"He was very nice. I could tell he was excited to meet me," said Keepers.

Keepers and his wife enjoyed a game from the sidelines. He wore a headset so he could hear his favorite announcer during the game.

"To hear Darren say he learned the game that way and really kind of grasped it because of my radio calls, that is the highest compliment that you can give to a radio announcer," said Denholm.