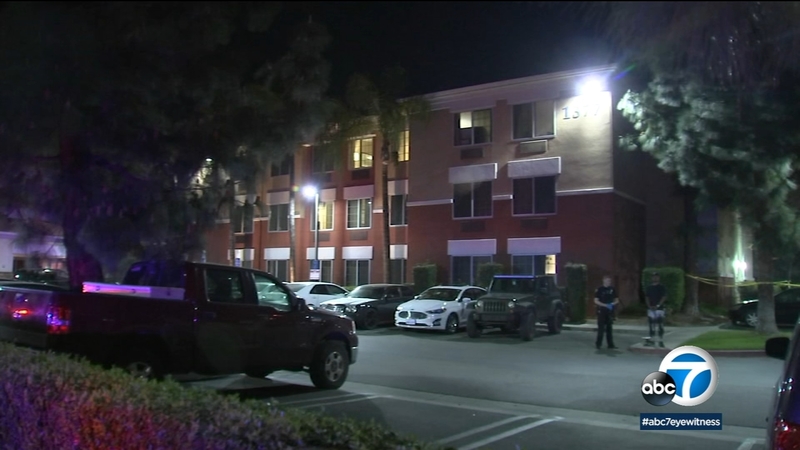 Police: Man stabbed at Glendale hotel by woman he met on dating app

GLENDALE, Calif. (KABC) -- A man was stabbed at a hotel in Glendale by a woman he met through a dating app Thursday evening, police said.

Glendale police responded to the Extended Stay America hotel at 13777 Glenoaks Blvd. at about 7:27 p.m.

A man told police he'd gone into the hotel with a woman he met through a dating app and was stabbed by her. Police said the man was stabbed in the neck.

It was not exactly clear what caused an altercation before the stabbing, Sgt. Dan Suttles with Glendale police said.

"We know there was that altercation that took place," Suttles said. "Exactly what transpired prior to that, or what the motive behind the assault was, we're not exactly sure yet."

After the man was stabbed, the victim ran after the woman, who investigators said left in a silver or gray sedan, possibly a Kia.

After chasing for about a block, he stopped at the intersection of Sonora Avenue and Glenoaks Boulevard at a gas station when he realized he was injured.

The man was transported to a hospital with what is believed to be injuries not life-threatening.

Detectives aren't sure what the exact relationship is between the victim and the suspect, but say robbery may have been a motive.