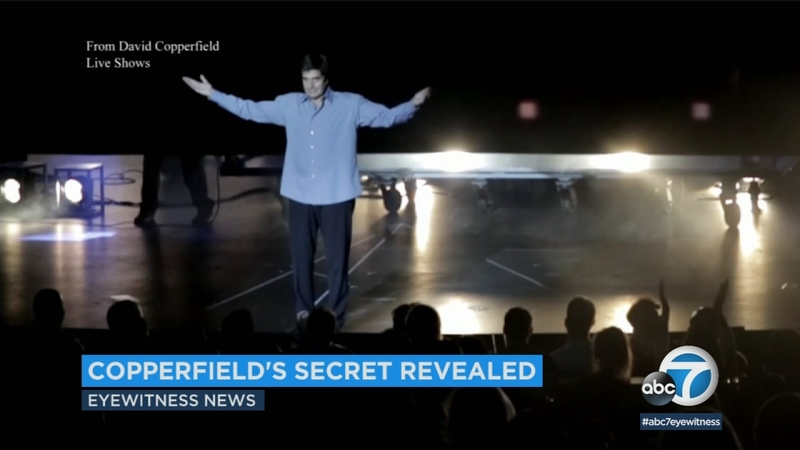 LAS VEGAS (KABC) -- The secret behind one of magician David Copperfield's most famous illusions was revealed in a courtroom Friday as part of a lawsuit he faces.

His attorney explained how the popular vanishing crowd trick works during the court hearing.

Gavin Cox, a former participant, is suing Copperfield, MGM and a construction company because he said he was badly injured during a 2013 performance in Las Vegas.

In the illusion, 13 people disappear from a suspended cage and reappear in the back of the audience. It has been done with more than 100,000 audience members over the past 15 years.

"The curtains are dropped. The participants who are in the platform are removed from the platform," said Ted Blumberg, Copperfield's attorney.

The trick then involves the participants rush off the stage and take a route to end up in the back of the theater.

Cox said there was chaos backstage during his participation and that he fell in a dark construction zone, suffering permanent brain damage.

Copperfield's representatives said the trick has been done for 15 years with no issues. Copperfield is expected to testify next week and may be pressed to reveal more on how the trick is done.

The attorneys for Copperfield and MGM Grand sought to keep opening statements, closing arguments and other portions of the trial in which the details of the magician's illusions were discussed closed to the public and the media.

They argued that those are considered trade secrets, but Cox's attorney argued people other than Copperfield, including former audience participants, know what is involved in carrying out the trick.

The judge sided with the plaintiffs.