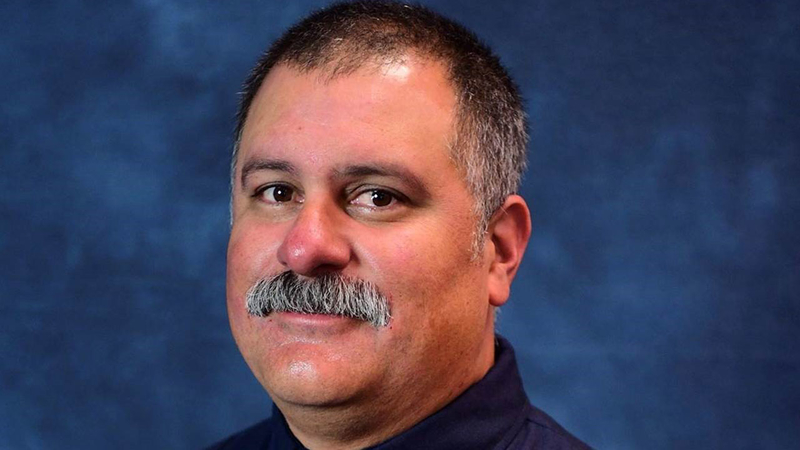 LONG BEACH, Calif. (KABC) -- A community mourned the loss of a Long Beach Fire Department captain who was shot and killed by a gunman at a senior housing facility Monday.

Capt. David Rosa, 45, was part of the response to the 11-story Covenant Manor in the 600 block of East 4th Street in the downtown area over reports of an explosion and fire. After extinguishing the blaze, firefighters searched the building and a gunman opened fire.

Rosa and firefighter Ernesto Torres, 35, were shot. Torres, a 10-year veteran with the department, suffered a graze wound, but Rosa suffered fatal wounds and was pronounced dead at the hospital. Torres was later released from the hospital after receiving treatment.

A procession was held as Rosa's body was taken to the coroner's facility in Los Angeles. The 17-year veteran was married with two sons ages 16 and 25.

Members of the law enforcement and firefighting community in Long Beach held a press conference to reveal more details that led to the death of Capt. David Rosa.

The department public information officer, Jake Heflin, said Rosa was an exceptional human being and firefighter.

"Just grief stricken by losing an amazing man with Capt. Rosa. He was the essence of what I would identify a Long Beach firefighter to be - a dedicated, compassionate, caring and committed individual," he said. "Not only to his family, but to the fire department and to the citizens of this city. You just can't find people like that - they're irreplaceable. Dave and his legacy will live forever with us."

Rosa was a former paramedic and trained recruits until becoming a captain six years ago. He and Torres both worked at Fire Station 10.

It is unclear when Rosa's body will be taken to a mortuary. Until it is transported, an honor guard will remain on watch at the coroner's office.

When Rosa's body is transported, another procession will be held.