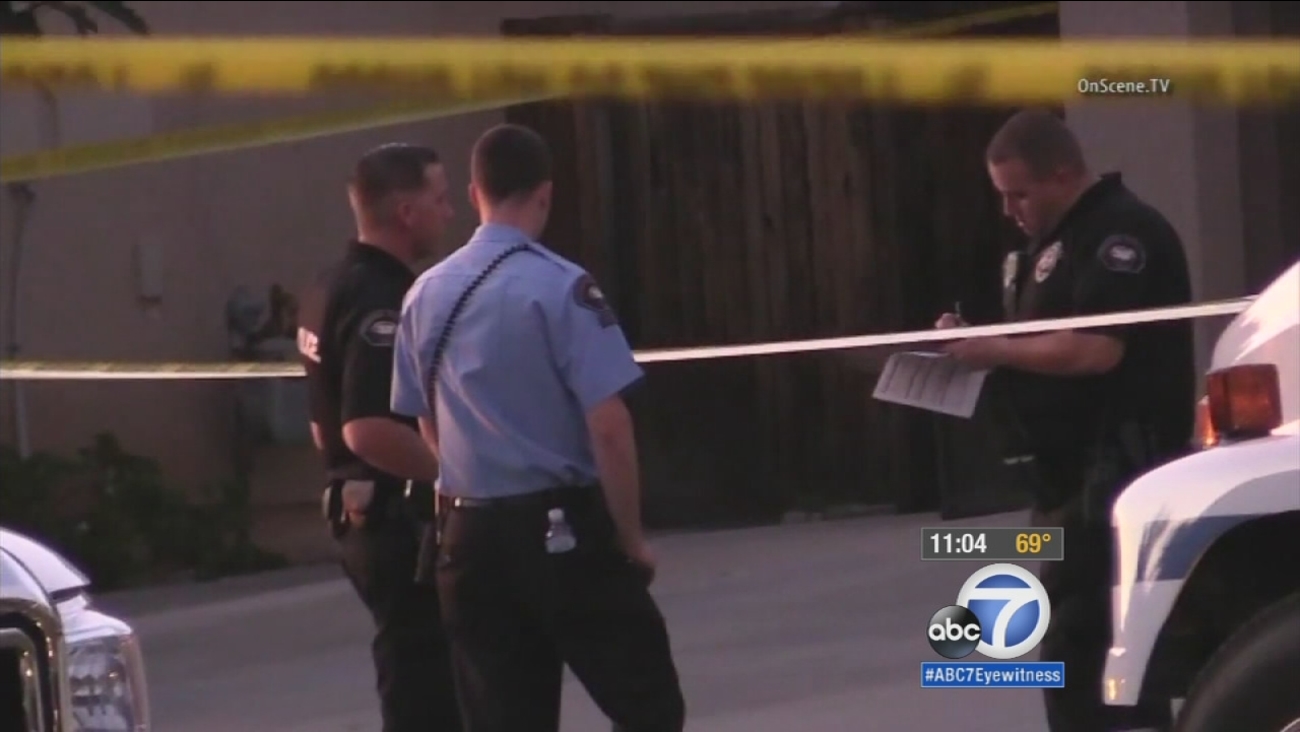 Authorities respond to a death investigation in the 1000 block of Winthrop Drive in Corona on Thursday, Sept. 17, 2015. (KABC)

CORONA, Calif. (KABC) -- A suspect was being sought Thursday night in connection with a double homicide investigation in Corona.

Corona police responded to a home in the 1000 block of Winthrop Drive at about 6:30 p.m. after receiving a call about a male who was not breathing.

When they arrived, officers found three male victims. Two victims were pronounced dead, and a third victim was transported to a local hospital with life-threatening injuries, police said.

No suspect information was immediately released.

A woman at the scene told Eyewitness News her disabled brother was the person who died. The woman said she suspected her brother's son, who had just been released from drug therapy, was responsible for the homicide, but that was not confirmed by authorities.