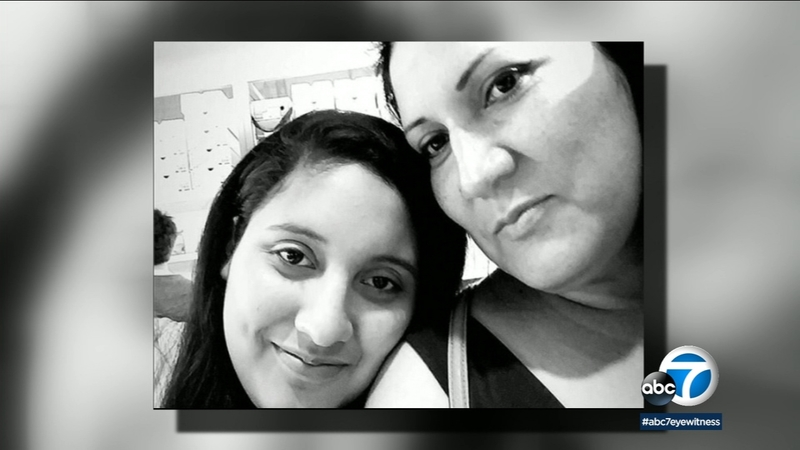 MONROVIA, Calif. (KABC) -- Loved ones gathered at a vigil Wednesday to remember a woman and her teen daughter who were found dead in their Monrovia apartment.

Authorities said 41-year-old Cecilia Meza and her 17-year-old daughter Kelsey, were murdered by Nimrod Perez Guerrero, who remains on the run.

Kelsey was a student at Monrovia High School, located across the street from the apartment she lived in. Many students of the high school gathered at the vigil to remember their classmate, who they said had a bright future ahead of her and had applied to college.

"It's really hard to lose her because she has so much potential," Mattie Li, a Monrovia High School student said. "More than most, even me too. She had so much going on for her future, so ready for college."

Friends of Kelsey said she was a bright young woman who wanted to be a psychiatrist. They said her mother was just as kind.

On Dec. 5, Monrovia police responded to the apartment following a report of an assault taking place on the 800 block of West Colorado Boulevard.

Detectives believe Guerrero was the boyfriend of Cecilia Meza and he lived in the apartment with her. Friends said he lived with the Mezas but was on-and-off again with Meza for years.

"The sooner that he can come and speak to the police and detectives, I think the sooner they can get some closure as to what happened and why," said Carmen Martinez, the vigil organizer.