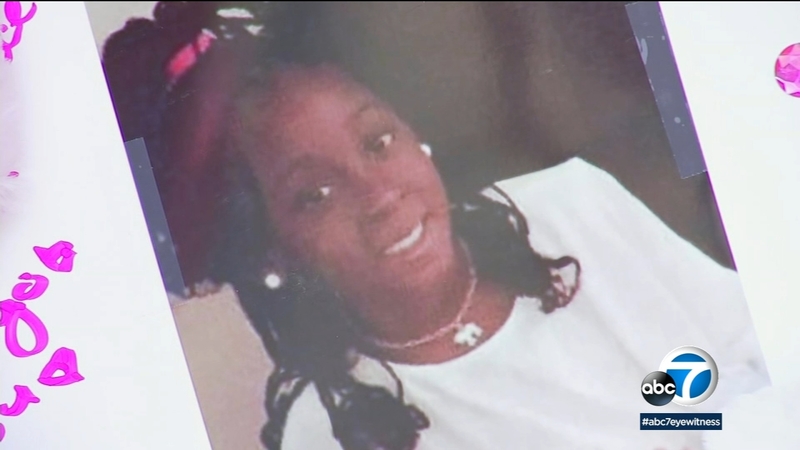 Death of Trinity Jones hits close to home for other families

LOS ANGELES (KABC) -- The death of a girl whose body was found in a duffel bag in Hacienda Heights is hitting close to home for other families who've lost their own children.

As the memorial for Trinity Love Jones grows by the day, other families who've lost their children are grieving for Trinity.

Donna Brown, whose son was killed near USC 11 years ago, said when she heard about the news involving Trinity, her heart broke again.

"I had to bury a child. His goal was to be an attorney," Brown said. "He had a promising future and someone just came and took it away from us."

A group of mothers whose children were murdered gathered to mourn Trinity's death. It's a club no one wants any part of, but the group finds healing within each other.

"My heart breaks for that child. For the parents. For the future. For our future young children," Brown said. "What is the message that they are getting from this?"

Jones was found dead in a duffle bag last week. Her body was dumped near a horse trail in Hacienda Heights. Two people of interest are detained in her case.