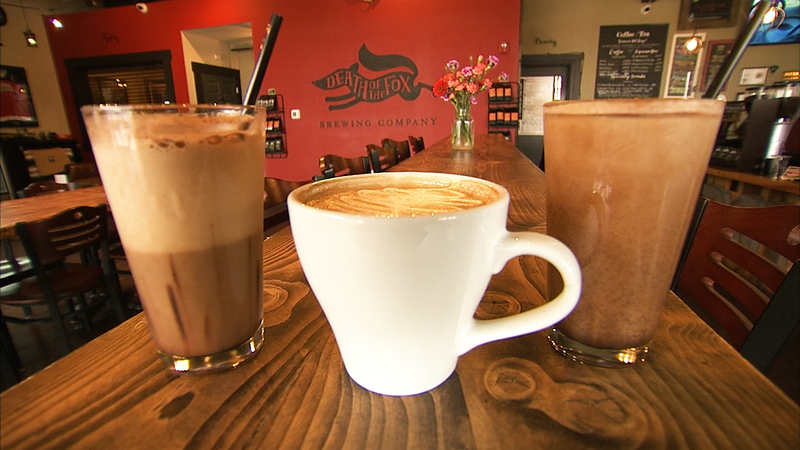 CLARKSBORO, New Jersey -- Chuck Garrity is a beer and coffee enthusiast who found a way to combine his two favorites at Death of the Fox Brewing Company, New Jersey's first and only craft brewery, coffeehouse, and roastery!

There you can enjoy 16 taps of unique, house brews, including six flagship beers. One of their most popular beers is a Cinnamon Toast Crunch Pale Ale, made with 30 boxes of the sweet cereal. Garrity says, "It's almost like drinking the milk of the cereal."


Not a beer drinker? No problem.

Sip on amazing onsite roasted coffee and delicious dessert-like lattes, such as their smores latte made with chocolate, marshmallow, and salted caramel. And there's even a tea bar, if that's what you're into.

You can also bring your own food and lounge in their comfy coffeehouse or sit at the bar and listen to live music on special nights.

Death of the Fox Brewing Company is open seven days a week, with morning and evening hours.

"Our customers really appreciate something unique that we have to offer here at Death of the Fox that you're not going to find anywhere else," Garrity added.