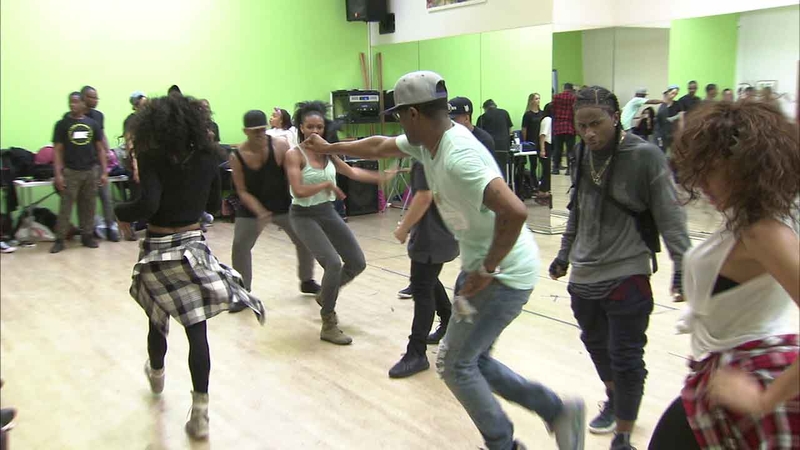 LOS ANGELES (KABC) -- One of the most difficult conversations in America today is about race, poverty, and violence. Three-time Emmy winner Debbie Allen is putting that conversation onstage, in her new musical, "Freeze Frame."

This rehearsal is filled with passion--the musical is about gangs and race, poverty, drugs and violence... and it deeply touches these performers. The performance begins and ends with a robbery, murder, a police chase-- and the loss of an innocent life. Original music includes work by Stevie Wonder, and it is written, directed, and choreographed by Debbie Allen. She's been working on the production for years... and the story keeps changing with the violent times.

"Everything is in it," said Allen. "And we will continue to update date it, unfortunately, because it is not stopping soon enough."

"Freeze Frame" will be publicly performed at the Wallis Annenberg Center for the Performing Arts in Beverly Hills. Dance, music, film and theater are all part of the production. Allen herself is onstage playing multiple roles. Many of the dancers are from Allen's Dance Academy in Baldwin Hills.

"It's just putting life on to the stage," said Dion Watson. "A lot of us we live this musical every single day."

"It's a conversation that's what so exciting about this piece," said Vivian Nixon. "It's a platform to say hey this is what we see, what's happening, let's take a deeper look."

With race a topic clouding the Academy Awards, Allen, who was involved in the production of many previous Oscar shows, says her musical can be part of that conversation.

"This totally fits in because the stories that we're telling are relevant," said Allen. "The stories that impact people, that make you want to vote, who are the people involved, do you have a voice?"

"Freeze Frame" will burst onto the stage for four performances February 5-7. For information about tickets, log onto TheWallis.org/FreezeFrame.