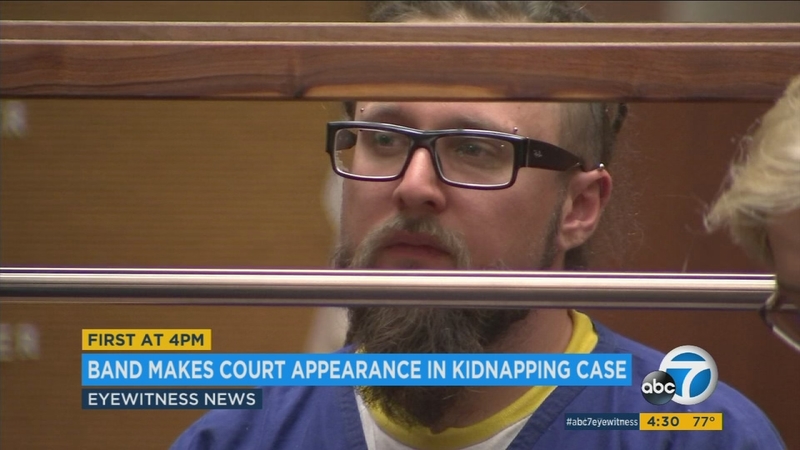 LOS ANGELES (KABC) -- A Polish metal band is facing extradition to Washington after a woman claims she was gang-raped by four members of the band.

All four members of "Decapitated," Michal Lysejko, 31, Waclaw Kieltyka, 35, Rafal Piotrowski, 31, and Hubert Wiecek, 30, were in court in Los Angeles on Tuesday.

They were arrested in Santa Ana for first-degree kidnapping charges on Saturday, after performing in the SoCal area.

Since then, they have been jailed while awaiting extradition to Spokane.

Court records that were made public Monday said the band was on tour in Spokane, Washington at the time of the suspected assault, which allegedly took place after a concert on Aug. 31.

They reveal the unidentified victim told police in Washington she was sexually assaulted in the bathroom of Decapitated's tour bus.

The victim and her friend said they were invited for drinks on the bus, and the victim said she was then trapped in a bathroom as each band member took turns raping her while her friend watched.

The woman was later taken to a hospital, and court documents said she had injuries consistent with being restrained.

In court, each band member took turns in front of a judge agreeing to be extradited to Washington. They all had a polish translator while a representative from the Polish consulate sat in the courtroom.

The four band members were interviewed Thursday by Los Angeles County Sheriff's Office detectives and all denied having any involvement with the women. The Washington-based attorney representing the group did not immediately respond to calls from ABC7.