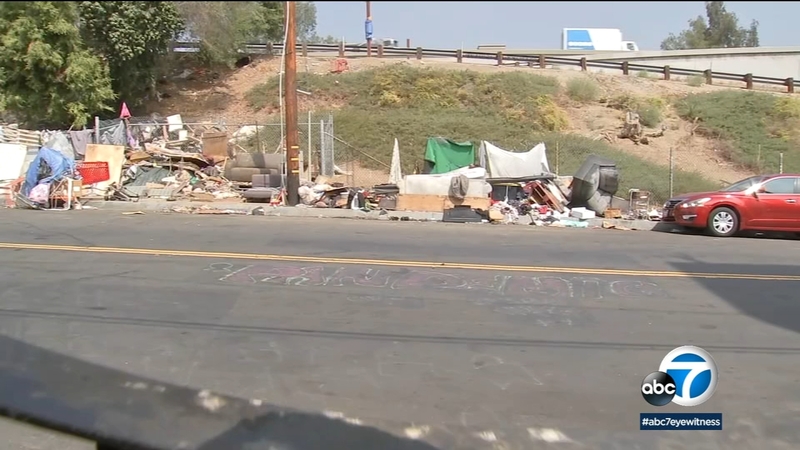 What the staff is dealing with isn't inside the preschool, it's outside - the growing homeless encampment that's located at each entrance to the school.

The preschool is part of St. Stephens Episcopal Church and it's been in the neighborhood for nearly 120 years.

Preschool administrators say the homeless encampment has raised safety concerns for the staff and the children.

Joni Isaac, the preschool director, says she wants to make "sure its a safe environment so they feel comfortable bringing their children here. Because we are a fine arts preschool. You know, we've all struggled with COVID and we are just coming back. And we just want to make sure that it's a safe and healthy environment for all of our kids."

Parents emailed Eyewitness News with their concerns, including Ali White. They say they've contacted City Hall asking for help with the situation.

White, who has a 3-year-old enrolled at the preschool, says she and some other parents have been frustrated in trying to get their children to school.

"We have had to stop walking to school because the sidewalks are blocked and its become too dangerous to go into traffic. And you don't have an option to go into the gutter because it is filled with human excrement, needles," she said.

The homeless encampment, according to the preschool, has hurt enrollment. They have a capacity of 90 children, but only 65 are enrolled.

The campus and church are in Councilman Mitch O'Farrell's district. In a written statement, his office told Eyewitness News they're now working with the Department of Sanitation to get the sidewalks cleaned up and safe. They're also sending a team to help the homeless get the resources they need. Members of the task force were homeless and understand what the needs are.

Preschool and church officials are hoping they can work out a solution with the city where the homeless get help and they can continue to run a safe preschool.