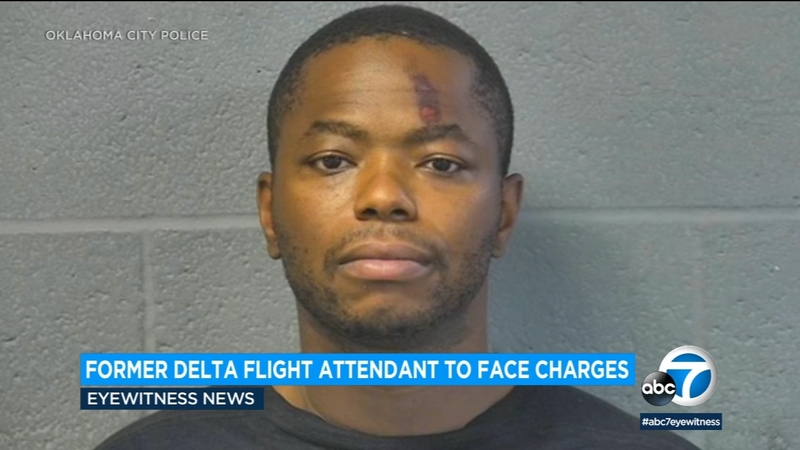 Oklahoma City police say Stephon Jamar Duncan, 34, made "terroristic threats" to "take down the plane." The flight to Atlanta made an emergency landing in Oklahoma, where Duncan was arrested Friday night.

Authorities say he also attacked two flight attendants before several other passengers -- including an off-duty pilot -- and the flight crew were able to subdue him.

"This guy started getting really irate, and then he sort of threatened one of the stewards and then he went to the door, like the big door, and he went in and kind of grabbed it," recalled Darren Genet, a passenger on the flight who witnessed the incident.

An unruly passenger is in custody after another violent disruption onboard a Delta flight, this time on a plane traveling from Los Angeles.

No passengers were injured in the incident.

The incident is the third time in the past few weeks in which flights out of LAX have been diverted because of unruly passengers.