ABC News recaps Night One of the second set of Democratic presidential debates.

DETROIT -- Democratic presidential contenders struck off notes on the science of global warming and the state of the economy in their Detroit debate Tuesday night.

As much as scientists see the need for action on climate change, they don't lay out a looming point of no return , as Pete Buttigieg and Beto O'Rourke asserted. Bernie Sanders almost certainly overstated how much new income is soaked up by the richest Americans.

A look at some of their statements in the opening night of the second round of debates, with 10 more Democrats taking the stage Wednesday:

BETO O'ROURKE, former U.S. representative from Texas, on global warming: "I listen to scientists on this and they're very clear: We don't have more than 10 years to get this right. And we won't meet that challenge with half-steps, half-measures or only half the country."

PETE BUTTIGIEG, mayor of South Bend, Indiana: "Science tells us we have 12 years before we reach the horizon of our catastrophe when it comes to our climate."

THE FACTS: Scientists don't agree on an approximate time frame, let alone an exact number of years, for how much time we have left to stave off the deadliest extremes of climate change.

A report by the U.N. Intergovernmental Panel on Climate Change, drawn from the work of hundreds of scientists, uses 2030 as a prominent benchmark because signatories to the Paris climate change agreement have pledged emission cuts by then. But it's not a last-chance, hard deadline for action, as O'Rourke, Buttigieg and others have interpreted it.

"The hotter it gets, the worse it gets, but there is no cliff edge," James Skea, co-chairman of the report, told The Associated Press.

Climate scientists certainly see the necessity for broad and immediate action to address global warming, but they do not agree that 2030 is a "point of no return," as Buttigieg put it.

"This has been a persistent source of confusion," agreed Kristie L. Ebi, director of the Center for Health and the Global Environment at the University of Washington in Seattle. "The report never said we only have 12 years left."

JOHN HICKENLOOPER, former Colorado governor: When it comes to fighting climate change, "What we do here is a best practice and a template that's got to be done all over the world. ... We need every country working together if we're going to deal with climate change in a real way."

THE FACTS: The nations most concerned with climate change certainly do not consider the U.S. a "template" for a solution. Americans per capita are among the world's biggest emitters of climate-changing carbon. The U.S. is also the top oil and natural gas producer, pumping out more fossil fuels on the front end.

On Hickenlooper's point about needing all countries working together, the U.S. under President Donald Trump is withdrawing from the Paris climate accord , a voluntary commitment by countries to combat climate-changing emissions.

BERNIE SANDERS, Vermont senator: "49 percent of all new income is going to the top 1 percent."

THE FACTS: That is surely exaggerated. The figure comes from a short paper by Emmanuel Saez, an economist at the University of California, Berkeley, and leading researcher on inequality, and doesn't include the value of fringe benefits, such as health insurance, or the effects of taxes and government benefit programs such as Social Security.

But Saez and another Berkeley economist, Gabriel Zucman, have recently compiled a broader data set that does include those items and finds the top 1% has captured roughly 25% of the income growth since the recession ended. That's certainly a lot lower but still a substantial share. Income inequality has sharply increased in the past four decades, but since the recession, data from the Congressional Budget Office shows that it has actually narrowed slightly.

SANDERS: Benefits under his health care plan "will be better because 'Medicare for All' is comprehensive and covers all health care needs."

THE FACTS: On paper, the Vermont senator is right. In real life, if he's elected president, the result might be quite different.

Sanders' "Medicare for All" bill calls for a government plan that would cover all medical care, prescriptions, dental and vision care, mental health and substance abuse treatment, and home and community-based long-term care services with virtually no copays or deductibles. The only exception would be a modest copay for certain high-cost medications.

But other countries with national health care plans are not as generous with benefits and also make use of copays to manage costs. Canada, often held up as a model by Sanders, does not have universal coverage for prescription drugs. Canadians rely on a mix of private insurance and public plans to pay for their prescriptions.

If Sanders is elected president, a Congress grappling with how to pass his plan may well pare back some of its promises. So there's no guarantee that benefits "will be better" for everybody, particularly people who now have the most generous health insurance.

TIM RYAN, U.S. representative from Ohio: "The economic system that used to create 30, 40, 50 dollar-an-hour jobs that you could have a good solid middle class living now forces us to have two or three jobs just to get by."

THE FACTS: Most Americans, by far, only work one job, and the numbers who juggle more than one have declined over a quarter century.

In the mid-1990s, the percentage of workers holding multiple jobs peaked at 6.5%. The rate dropped significantly, even during the Great Recession, and has been hovering for a nearly a decade at about 5% or a little lower. In the latest monthly figures, from June, 5.2% of workers were holding more than one job.

Hispanic and Asian workers are consistently less likely than white and black workers to be holding multiple jobs. Women are more likely to be doing so than men. 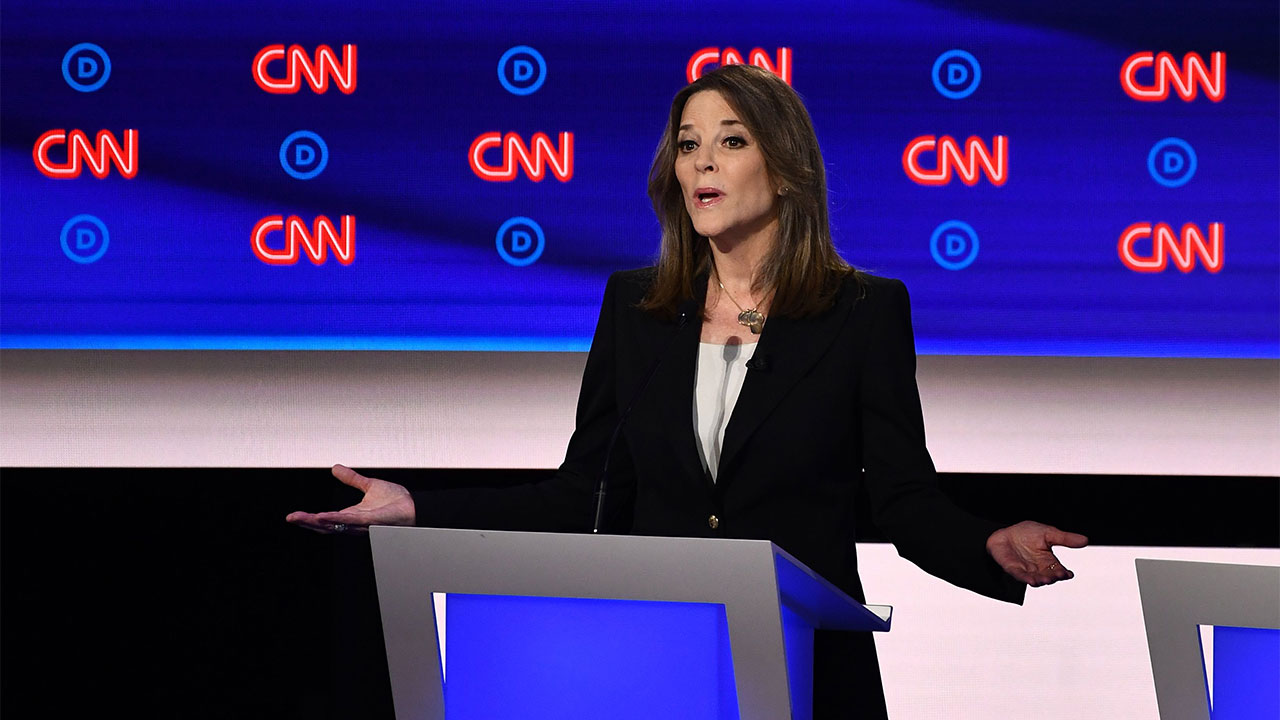 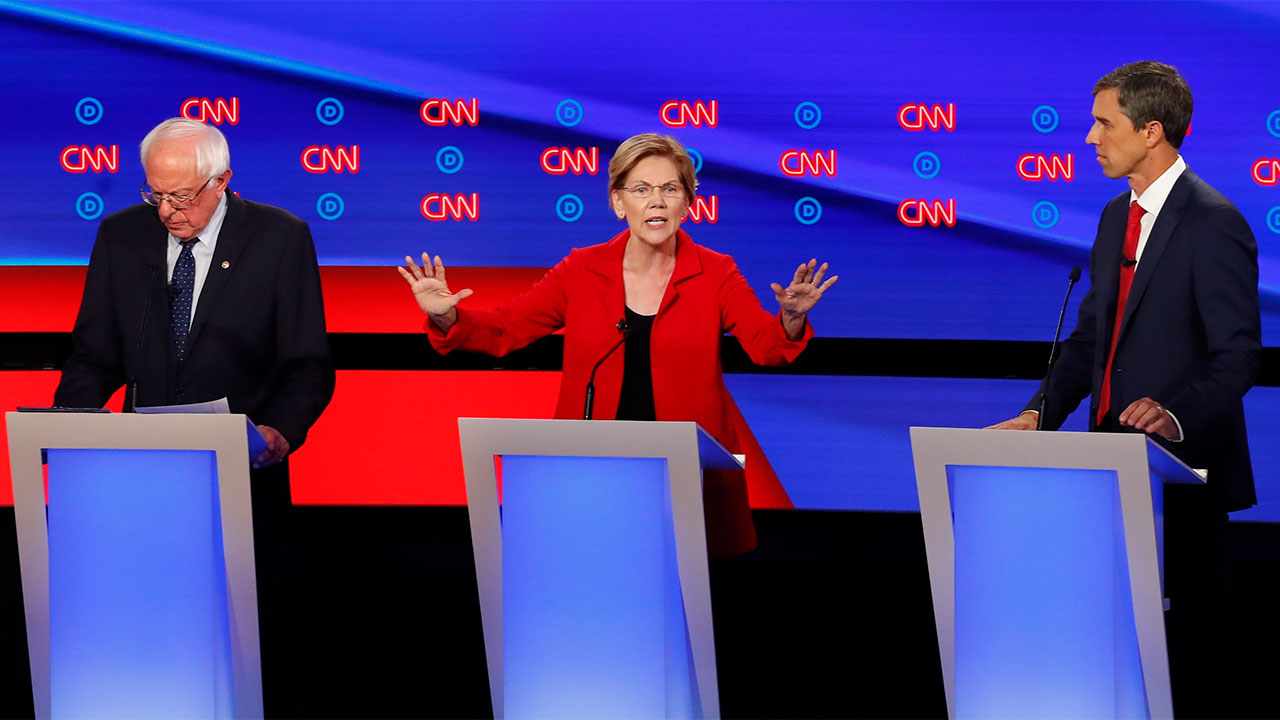 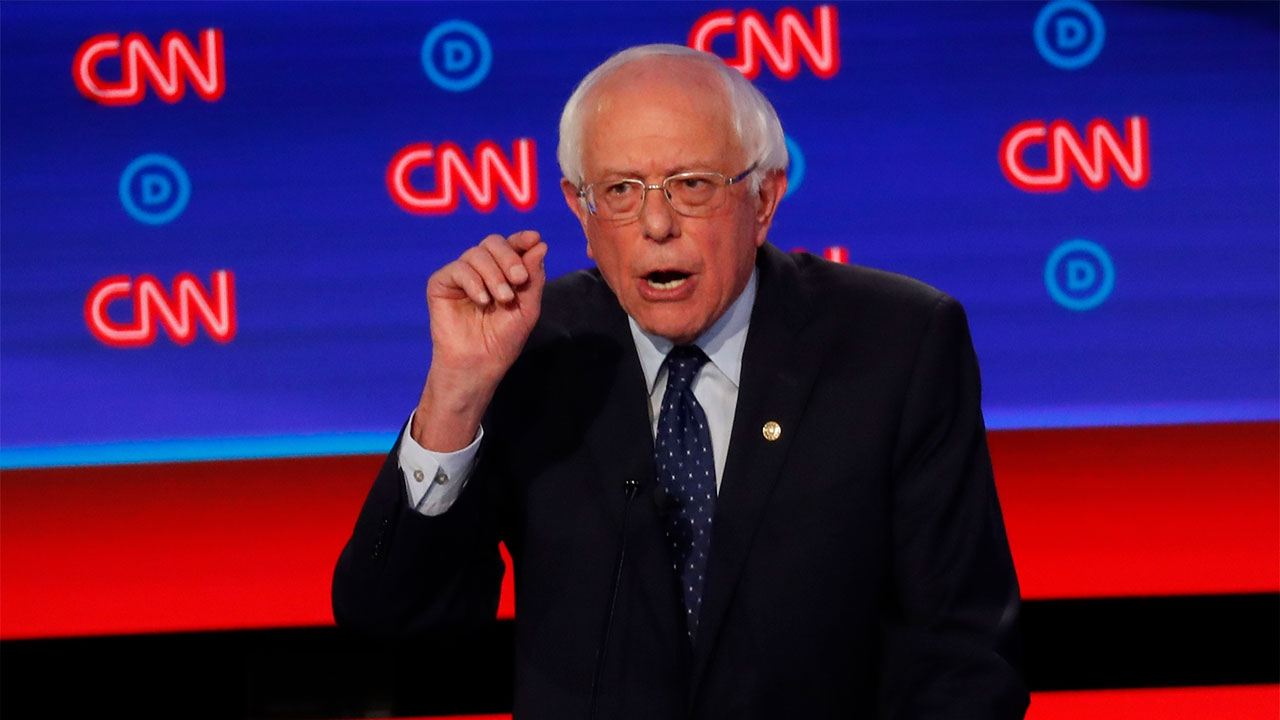