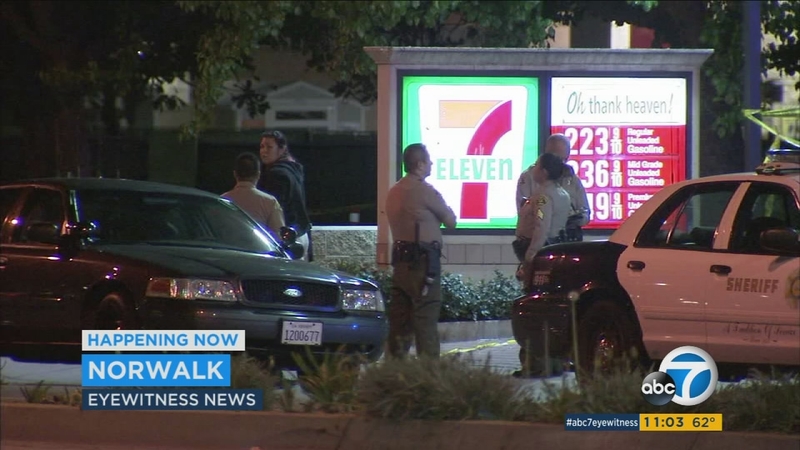 NORWALK, Calif. (KABC) -- Authorities say a suspect has died after a deputy-involved shooting in Norwalk at Alondra Boulevard and Studebaker Road.

The Los Angeles Sheriff's Department said one of its deputies was struck by the suspect's vehicle during the incident and taken to a local hospital.

Officials said the deputy was checking on a car that was reported stolen earlier Wednesday in the Whittier area.

"He approaches the driver side of the vehicle, and gives commands to the driver to step out of the car," Lt. Eddie Hernandez with the LASD Homicide Bureau said. "The driver actually turns the car on, the deputy is struck by the vehicle and at this point the deputy felt a threat to his life and that's why he fired."

After shooting the suspect, the sheriff's department said the deputy performed CPR him, but the suspect was later pronounced dead at the hospital.

Police closed some roads near the Cerritos College campus as they investigated the details of the incident which occurred around 5 p.m.