At one point, the officer became trapped underneath a vehicle as shots were being fired.
KABC
By Leticia Juarez 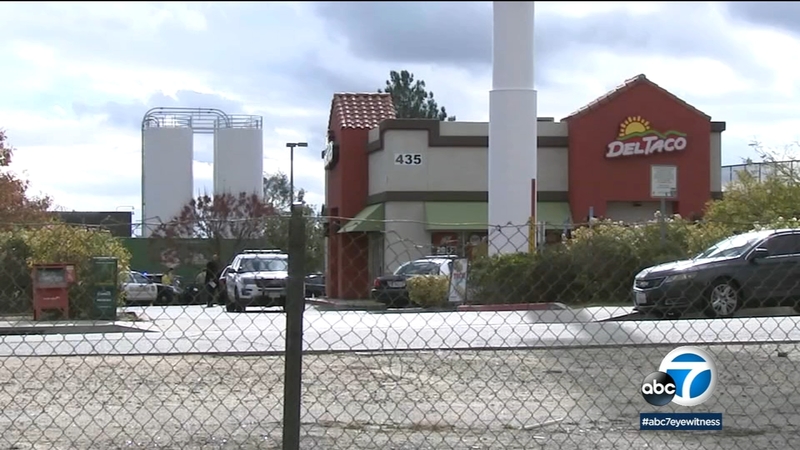 BEAUMONT, Calif. (KABC) -- A domestic violence call turned into a deputy-involved shooting that left a suspect dead and an officer injured.

The nearly 12-hour investigation started just before 10 p.m. on Thursday when deputies with deputies got a call of a domestic violence dispute in an unincorporated area of Perris known as Woodcrest.

When deputies arrived, however, the suspect involved had already fled the scene.

Deputies with the Riverside County Sheriff's Department later learned the suspect had a felony warrant issued for his arrest for a violation of an assault with a deadly weapon, domestic violence, kidnapping and vandalism. He also had a domestic violence restraining order violation.

After an hours-long search, the suspect was found in Beaumont - a deputy attempted to pull him over during a traffic stop.

"Several officers arrived on scene and located the suspect inside his vehicle, at which time the suspect attempted to flee the area by ramming a vehicle occupied by a private citizen and multiple police cars," read a statement issued by the Riverside County Sheriff's Department Friday morning.

Shots were fired shortly after, according to investigators. Deputies say an officer became trapped underneath a vehicle as the shooting was unfolding.

An armored rescue vehicle was brought in to safely remove the officer who was taken to a nearby hospital with non-life threatening injuries.

The armored vehicle was also used to smash in the windows of the suspect's truck when he refused to get out.

After they didn't see any more movement, deputies found the suspect dead inside the truck. The suspect's truck was struck by gunfire as it went over the side off an embankment.

No other deputies or officers were injured during the incident. Authorities say the names of the deputies and officers involved won't be released at this time.

The Riverside County District Attorney's Office is investigating the shooting, which is customary when an officer or deputy-involved shooting occurs.