2 suspects injured after deputy-involved shooting in East LA that led to chase, crash on 710 Freeway 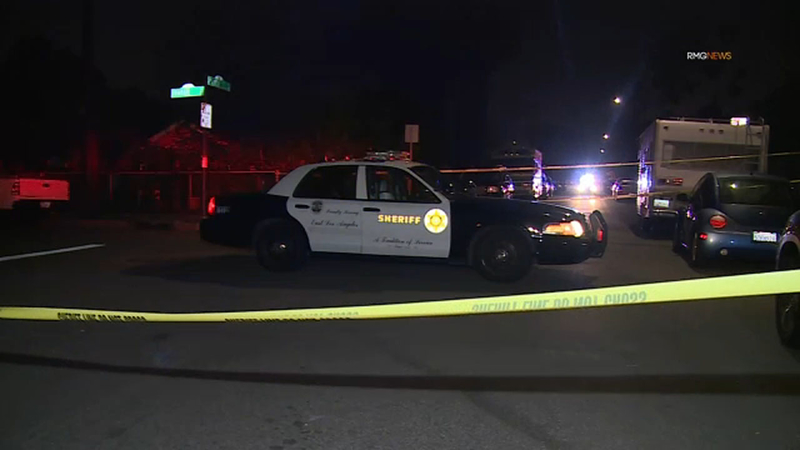 EAST LOS ANGELES (KABC) -- Two suspects were injured after an officer-involved shooting in East Los Angeles that lead to a chase with deputies, ending in a crash on the 710 Freeway, authorities said.

Deputies were conducting a traffic stop before the shooting occurred in the 1400 block of Sydney Drive early Monday morning. The pursuit ensued shortly after, according to the East L.A. Sheriff's station.

The incident sparked a chain of events that prompted the closure of two lanes of the northbound 710 Freeway and the southbound 5 Freeway at Washington Boulevard, where deputies say a weapon was tossed out of the suspect vehicle during the pursuit. That stretch of the 5 was closed as authorities combed through the area in search of the possible weapon.

The two suspects were taken into custody and transported to a local hospital with unknown injuries. It was unclear whether they sustained gunshots wounds during the shooting or if they were injured as a result of the crash, according to deputies.