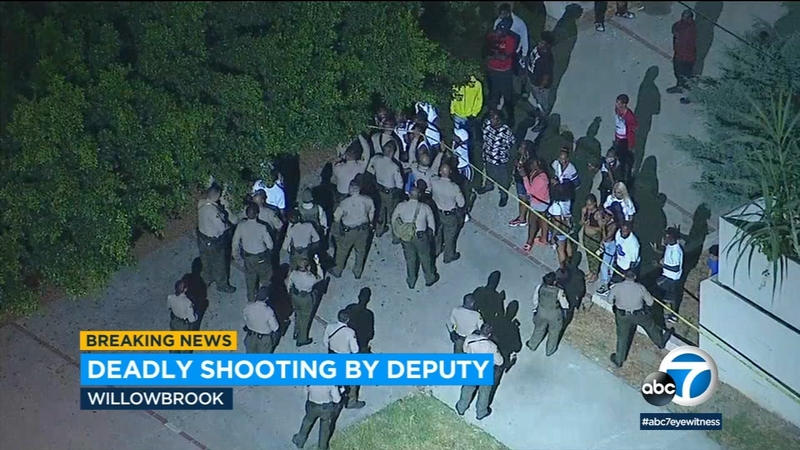 The incident happened around 5:30 p.m. on the 2200 block of East 121 Street in unincorporated Willowbrook.

The man, described by deputies as a suspect, was pronounced dead at the scene. The body was on the ground outside a home covered by a sheet. There was no immediate word on what crime he was suspected of committing or what led to the fatal shooting.

A crowd of people gathered at the scene.