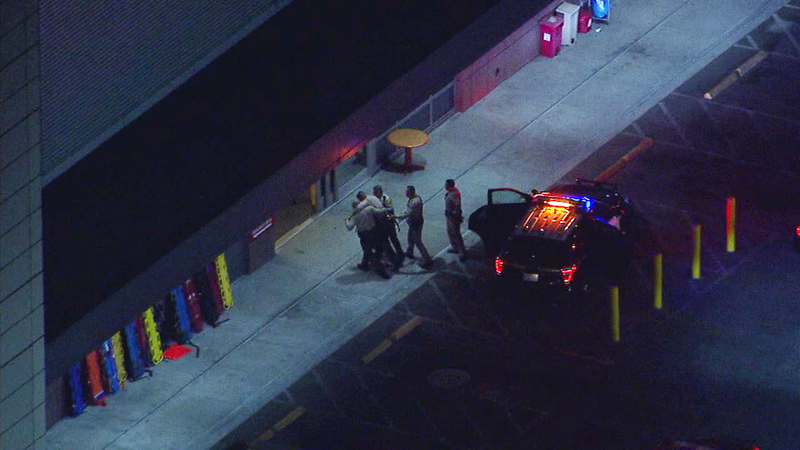 The deputy, who was shot once in the right forearm, appeared to be on his two feet and assisted by his colleagues while entering the LAC+USC Medical Center. The deputy went into surgery and is listed in stable condition.

The LASD confirmed a 42-year-old suspect was fatally shot in the deputy-involved shooting, which happened at about 11:30 p.m. in the 3600 block of Meisner Street. The suspect was pronounced dead at the scene, officials said.

As they began to interact with the people inside the vehicle, one of the deputies spotted something suspicious.

An altercation ensued when one of the individuals in the backseat exited the vehicle. A struggle between the suspect and deputy over control of a gun produced by the suspect occurred.

The gun was discharged at some point during the altercation and the deputy was shot, authorities said.

The partner deputy witnessed the altercation and fatally shot the suspect. The suspect was struck at least once in the upper torso.

The two other individuals inside the vehicle, a 30-year-old woman and a 47-year-old man, were detained for questioning. They were not involved in the shooting, authorities said. Both are being held pending further investigation.

"When you walk up on a vehicle, particularly at night, often times windows are tinted, you cannot see much of anything in that vehicle until you are right up on it," McDonnell said.

The injured deputy has been with sheriff's department for 10 years.

A gun was recovered from the scene, authorities said. The investigation is ongoing.