Charlotte woman crushed by car on I-95 manages to remove shoe, dial 911 with toes 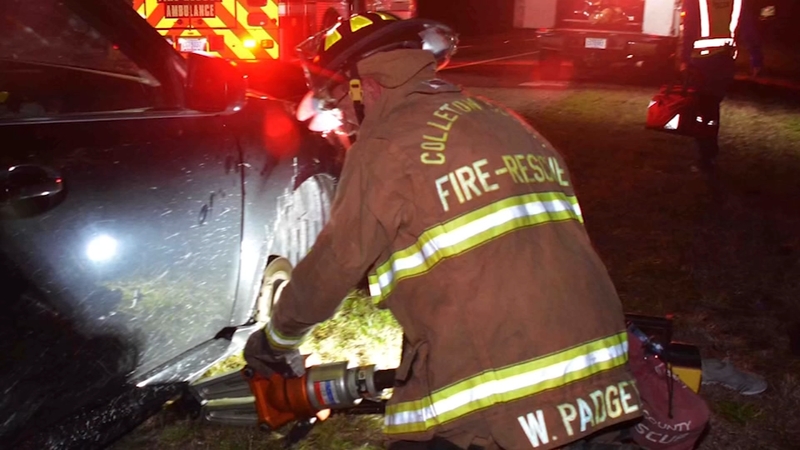 COLLETON COUNTY, S.C. -- A North Carolina woman was forced to use her toes to dial 911 when her hands were crushed by her car while changing a tire on the side of the road.

The 54-year-old woman from Charlotte pulled her car over Sunday night to change a flat tire on a rural stretch of Interstate 95 in Colleton County, South Carolina. When she began replacing the tire with the spare in her trunk, disaster happened.

The car slipped off the jack, trapping her fingers between the tire and the fender. By herself on the side of the highway and in agonizing pain, the woman struggled to find any way to call for help.

"The jack slipped, causing the car to fall, crushing both of her hands between the tire and the fender," said Colleton County Fire-Rescue in a statement. "She was trapped alone on the side of the dark interstate, experiencing excruciating pain."

She spent roughly 35 minutes getting her shoe off and trying to dial 911 before she finally got up with dispatchers. Fire-rescue crews were nearby clearing the scene of another incident and arrived eight minutes later.

A fire truck used a hydraulic spreader to free one hand and a rescue team used a prybar to free the other hand.

The woman suffered severe injuries to both hands and all of her fingers, fire-rescue crews said. She was treated for her injuries and given pain medication before being transported to Trident Hospital. She is expected to survive.