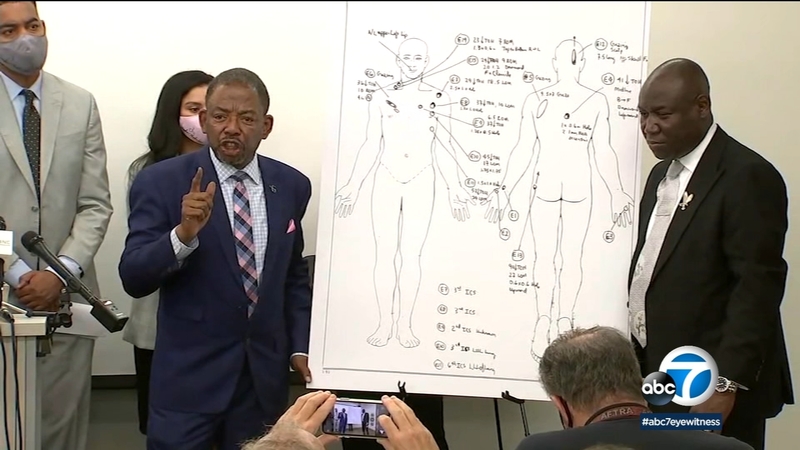 LOS ANGELES (KABC) -- Attorneys for the family of Dijon Kizzee, the man who was fatally shot by sheriff's deputies last month, blasted the Los Angeles County Sheriff's Department for its handling of the incident.

Kizzee was shot in an encounter with LASD deputies on Aug. 31 in the Westmont neighborhood near South Los Angeles. 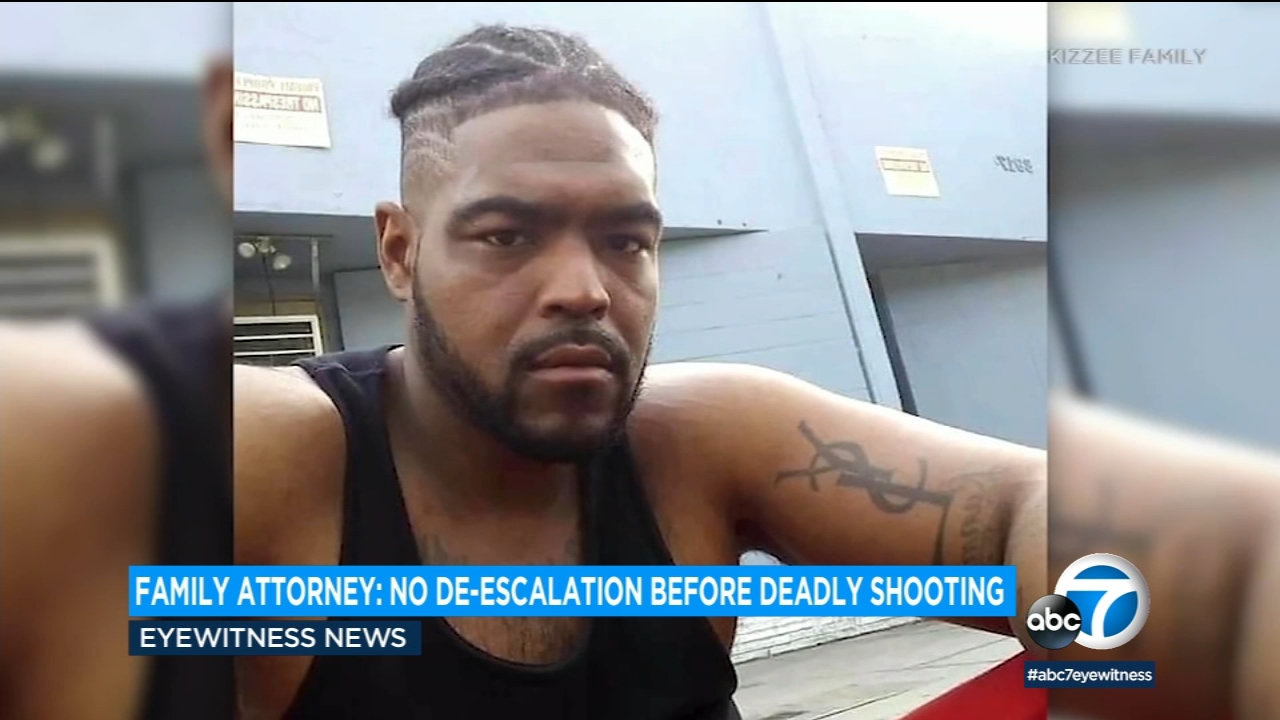 Sheriff Alex Villanueva last week held a press conference to offer new details on the case, saying Kizzee had dropped and then picked up a handgun right before the deputies shot him multiple times. Department officials also say Kizzee was a convicted felon who was not supposed to be in possession of a gun.

Attorney Carl Douglas said the narrative he has developed from interviews with witnesses and an independent autopsy do not match the sheriff's department account of the shooting.

Also participating in the press conference was attorney Ben Crump, who has been involved in other prominent policing and racial justice cases, including those of George Floyd, Breonna Taylor and Jacob Blake.

Douglas said the Kizzee family has received the results of an independent autopsy which shows Kizzee was shot 19 times.

Witnesses told them there were three or four initial shots, and then a pause and then an additional 15 shots. They say he did not die instantly. He took two bullets to his lungs, which filled with blood and led to his death.

"I have spoken to several witnesses who confirm he did not have anything in his hands before he was shot," Douglas said. "If you can look closely at the video you'll be able to see that whatever was in his hands that was dark in color that lands in the area where they say the gun was located fell well before the volley of shots opened up on him."

Douglas said the incident reflects poorly on the LASD, exposing a lack of deputy training.

"The sheriffs need to be in prison like the other people," said Fletcher Fair, Kizzee's aunt. "Not on the streets, no jobs, no anything. They don't deserve to have a badge on them. They come in our neighborhood just for this damn reason."