Director Sacha Polak chose a leading lady, Vicky Knight, who has real scars but who did not have any acting on her resume.
OTRC
By George Pennacchio 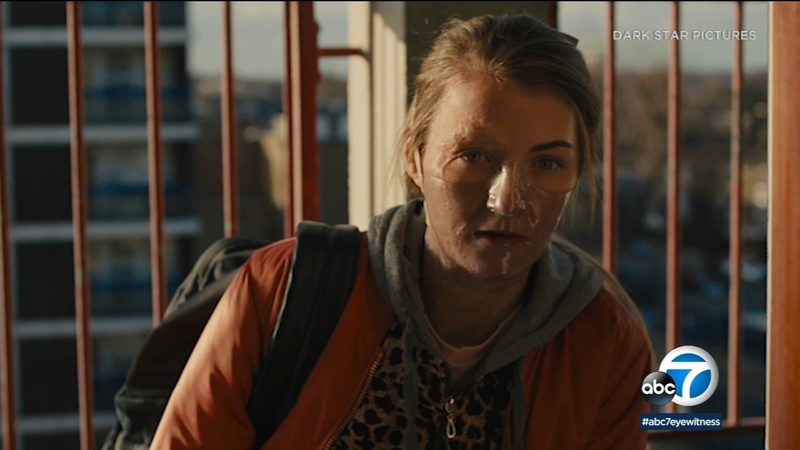 HOLLYWOOD -- The new movie, "Dirty God," tells the story of a woman scarred from an acid attack... and how she tries to move on with her life in the aftermath.

Director Sacha Polak chose a leading lady who has real scars but who did not have any acting on her resume.

"The first audition I did with her was with two educated, theatre-skilled actors. And Vicky was actually way better than they were," said Polak.

Vicky...is Vicky Knight. When she was just 8 years old, she was the victim of an arson fire... suffering severe burns to a third of her body. She's dealt with that every day for the last 17 years.

"Growing up with my scars and that, it wasn't great. I got bullied a lot. I was beat up many times and hate mail on the internet, cyber-bullying. You know, and it was just-I didn't understand why people felt the need to go have a go at me for something that's not my fault," said Knight.

In the film, her character, Jade, is hoping for a plastic surgery miracle to change her look. Knight understands that feeling because she had it, too. She never thought she'd come this far. This movie, in fact, has changed her life dramatically.

"It saved me. It saved me mentally, it very way possible because before- before the film, I was in such a horrible, dark place. I didn't want to live in my scars anymore. I felt like a monster. I didn't feel human," said Knight. "And I remember watching the film for the first time and I didn't see myself. I see somebody else with my scars. And I remember watching it and I just thought, 'They're not even that bad."

"I hope it comforts people. I mean, I think that's the most achievable thing-the thing you can achieve with making a film," said Polak.

The movie has some tough and tender moments. It also has a star who remains an essential worker in England.

"I'm a health care assistant in a hospital working in the emergency department. And I've been there for almost seven years now. And that was my main goal in life. And before any of the acting, I wanted to become a nurse because I've been through so much growing up, I wanted to kind of give something back," said Knight.