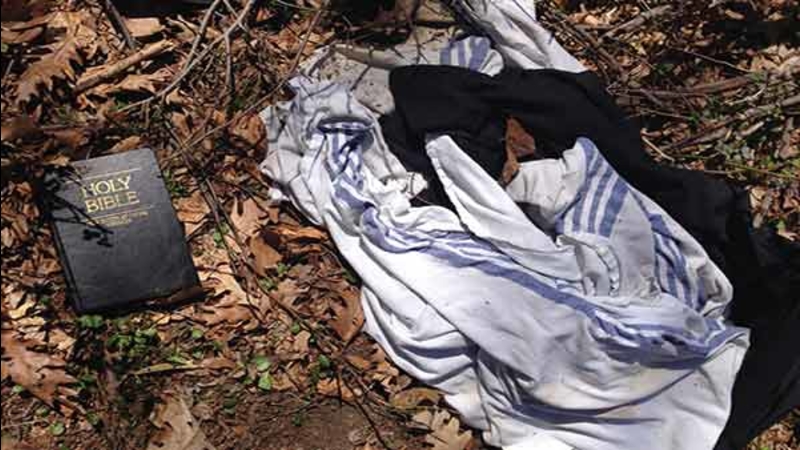 COBBS CREEK, Pa. -- Police have arrested a woman accused of abandoning her quadriplegic son in the woods for several days to go visit her boyfriend in Maryland.

Nyia Parker, 41, the victim's mother, was taken into custody in Maryland early Sunday morning. She was later hospitalized for unknown reasons.

She will face charges in Philadelphia following an extradition hearing. Parker faces a number of charges including aggravated assault, simple assault, reckless endangerment and other related offenses.

Detectives say this is one of the worst cases of neglect that they've ever seen.

"This kid is obviously a fighter. It's just unbelievable how we found him last night. It's just heartbreaking to see how another human, especially a mother, could treat him like that," said Lt. John Walker, Philadelphia Police.

On Friday night, a man walking on a trail made the discovery at 59th Street and Cobbs Creek Parkway in Philadelphia's Cobbs Creek section. Police say the 21-year-old victim is a quadriplegic with cerebral palsy. He's confined to a wheelchair and has no verbal communication skills.

According to authorities, the young man's mother laid him on the ground and left him there for at least a week with only a blanket and a Bible.

"Sometimes around 11:00 a.m., the mother went to visit her boyfriend down in Maryland. We believe she placed the child into the Cobbs Creek park right there in the 1100 block of 59th Street right by the parkway," said Lt. Walker.

Investigators say the special needs man attends The High School of the Future at 42nd Street and Parkside Avenue. The school became concerned and couldn't reach his mother so they called an aunt. Once in touch with the mom, authorities say she lied.

"She indicated to both family members and police officers the child was with her down with her boyfriend in Maryland," Walker said.

Police say the mother lives in the 5700 block of Baltimore Avenue with the victim and a 16-year-old child. Neighbors, who didn't know them, were appalled.

"Only a monster - that's your blood, that's your son, you gave birth to him," said Keyneah Lane.

Police say the child is lucky to be alive.

"He has a cut to his back that they are concerned about because of infection. He's also suffering from dehydration, and some malnutrition issues that they are working on. Also from the weather conditions, his eyes are having some issues and they're having a doctor come in and look at those," said Lt. Walker.

Walker says the victim is surrounded by loving family members while he remains at Children's Hospital of Philadelphia receiving treatment. Doctors there are familiar with him and his medical history because he's been treated there since childhood.