Who's telling the truth and who's telling 'The Big Fib?': Actress and comedian Yvette Nicole Brown guide kids through the game show world as host of the new Disney+ series.
OTRC
By George Pennacchio 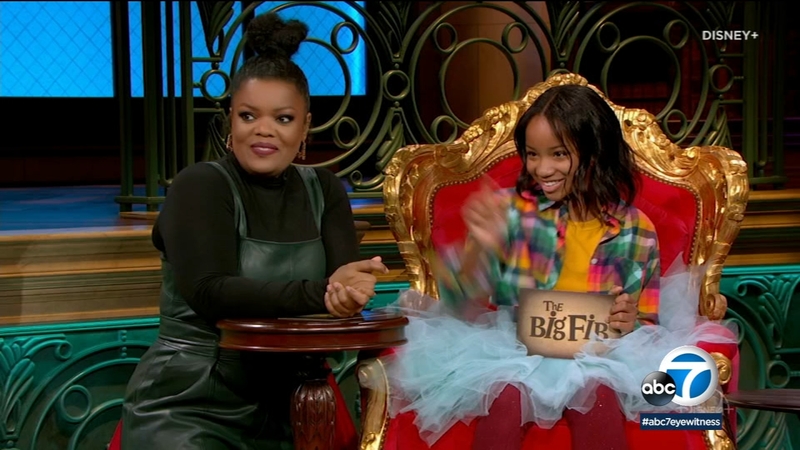 Brown still can't quite believe she's now officially part of a show biz institution. It's a world she's watched since she was a little girl.

"It was the most amazing thing because, first of all, I'm a huge game show fan anyway so I never even could dream that one day I'd be the one that's, like, the ringleader or the master of ceremonies," said Brown. "And it always happened when I was behind a little doorway. I walk out of a doorway at the beginning of 'The Big Fib' so I kind of had a little-ooooh!-kind of moment. I've been saying, 'I'm hosting a kids' game show' and I realize it's not really a kids' game show. It's a game show led by kids. If you notice, I don't have a chair. I'm leaning on a side table and they are sitting in a throne so it's their show!"

"The Big Fib" is kind of a junior version of "To Tell the Truth" but done with a touch of Disney magic. Brown thinks the show is a perfect fit for her.

"If I wasn't an entertainer, an actor, I would have been a teacher. I love kids. I love-I love catching them right before they've had their teeth kicked in by life, you know, so we can still, like, encourage them to dream and believe and do wonderful things," said Brown. "The idea of being on a show that entertains them, being on a show that helps them learn, is marrying everything that I love."