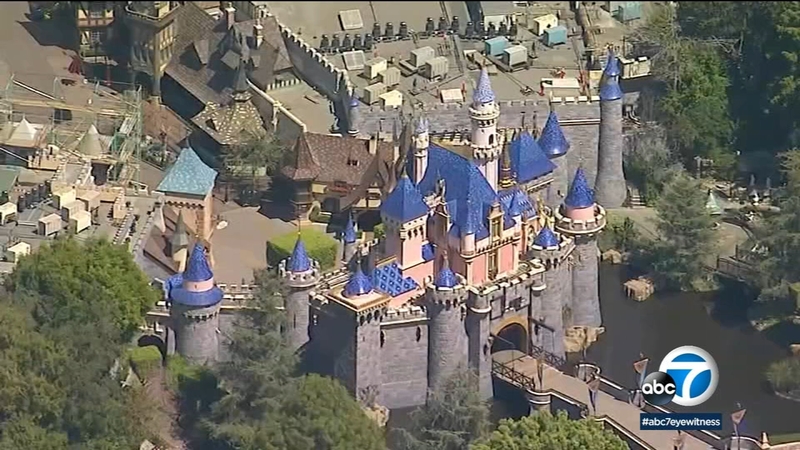 ANAHEIM, Calif. (KABC) -- At a news conference on Tuesday, Disney officials provided an update on the status of reopening of several of the company's theme parks in the U.S. -- and urged California officials to allow visitors to safely return to Disneyland and California Adventure.

"We are ready to open, and we are hoping we will have guidance from the state soon," said Patrick Finnegan, vice president of Disney California Adventure and Downtown Disney district.

The popular shopping district reopened to the public in July with new health protocols in place. California Adventure and Disneyland remain shut down, more than six months after the coronavirus pandemic forced their temporary closure.
EMBED More News Videos

Fans and Disney officials have been waiting for authorization from public health and elected officials to reopen the gates of the theme parks.

Executives insist the parks are ready with a theme park reservation model -- one that is already in use at the Walt Disney World Resort -- to maintain capacity limits. Other safety measure include:

-- Temperature checks of guests upon arrival,

"Disney is an important part of the economy, one that creates jobs that generate much needed tax revenue and gives guests a chance to make memories that lasts a lifetime for communities such as Anaheim and Orange County," D'Amaro noted.

In addition to the approximately 32,000 employees who work at Disneyland and California Adventure, D'Amaro said, "80,000 jobs rely on Disneyland's operations, with the vast majority of those people not working today due to the park's six-month closure."

He called on California's elected officials to "help us reopen."

"With the right guidelines and our years of operations experience," D'Amaro said, "I'm confident that we can restart, get people back to work. As you can see from this discussion today. We're ready. And more importantly, it's time."